Filter your search
Clubs (1)
Famous for its great nightlife, what better place is there to find an escort? Montevideo means you join in and mix with local girls, as well as those from Asia and Eastern Europe in areas of the city including Pocitos, Parque Battle and the Old City itself. Montevideo escorts can be spotted mixing with revellers at places like the Walrus Bar, La City and Fun Fun Fun. An alternative when looking for an escort in Montevideo is strip clubs such as Moustache and Pikaros. If you would prefer a prostitute rather than an escort, then Colon is the red light district of Montevideo.
×
{{sspType}} V
City Guide V X 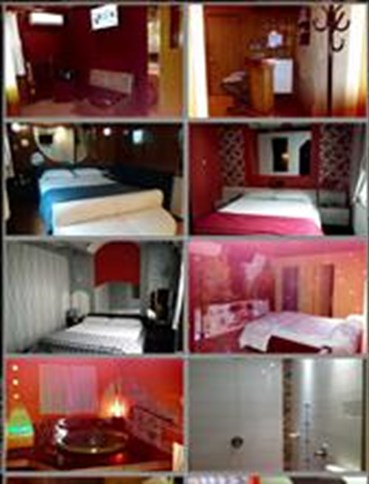 Montevideo is the capital and the biggest city of Uruguay. Located on the north shore of the Río de la Plata, it covers 201 square kilometres and serves as home to 1,319,108 people. The city is a melting pot of African, European and Latin American cultures that blend perfectly with the modern world.

Montevideo was founded in 1724. Although it has gone through tough economic times and features what has been dubbed as an "elegantly shabby" look, the metropolis managed to retain remnants of its glorious colonial architecture, all combined with a growing collection of art galleries, chic cafes, and stylish shops.

Montevideo does not have an official red-light district. However, there are plenty of adult entertainment venues available.

Safety in the Adult Entertainment Venues

Thieves typically prowl tourist hotspots like the Avenida 18 de Julio, Ciudad Vieja, the Mercado del Puerto, Plaza Independencia and the water-front Rambla. They have their eyes set on targets of opportunity which include tourists openly carrying valuables, motorists at stop lights with valuables visible on the car seats, and unattended vehicles.

Police patrols are increased during holidays and periods of high tourist activity, particularly in the summer season when cruise ships arrive. However, there is minimal security and police visibility in the late night and early morning hours.

In general, there are no “off-limits” areas in Montevideo, but impoverished communities tend to have higher crime rates. The problem is that such disadvantaged neighbourhoods are often located close to areas frequented by Americans and other foreign tourists.

You have two alternatives if you’re seeking some pay-for-play activities: strip clubs (including strip dance/erotic striptease) and escorts that advertise their services in the local newspapers and on the Internet.

Don't expect the strip clubs to be similar to those in North America. They are usually small venues and there is no nude dancing. A few scantily clad women hang out at the bar or the waiting room, so these are the areas that you need to check out first. If you find a gem, you can chat with her, offer her a drink, and either buy her out to stay at your place or take her to a short time room inside the establishment.

Prices are relatively cheap in these strip clubs. Half an hour of sex starts for as low as $15 and a longer roll on the hay will not cost more than $100. The girls look fine, just imagine a real Latina slut and you’ll have an idea of their physical attributes. However, don’t expect beauty queens or commercial models for such low price, but the girls certainly know how to please their clients.

If you’re fluent in Spanish and knows how to keep it coy and casual, you have a great chance of finding a girl for a one-night stand in the discos at the city centre.

The lone adult cinema in Montevideo is Cine Private which is located in Convencion 1290, about two blocks away from Chains Pub. It is open from Monday to Thursday (11 am – 3 am) and from Friday to Saturday (11 am – 5 am). It is new and has two screening rooms, one straight and one gay. There is also a bar, several cabins, two dark areas and glory holes.

Street prostitution is rife in many parts of the city. Street sex workers usually hang out near nice-looking apartments. For instance, you can find girls standing next to the luxury apartments on Boulevard Artigas between Avenida 18 de Julio and 21 de Setiembre. Most of the girls are neat and good looking, unlike junkie street whores in other countries.

You can also find street prostitutes in the Ciudad Vieja area, along Monte Caseros and Gral, and in the side streets (Andes, Convencion, Tristan Navaja, among others) off 18 de Julio and parallel streets (Colonia, Costituyente, Mercedes, San Jose, etc.). The cost to have sex with a street prostitute is about 1,500 Uruguayan pesos which is roughly equivalent to US$50.

There is a handful of swinger clubs, but no websites, unfortunately. Here is a list of the notable ones:

Prostitution in Uruguay was legally enacted in 2002 through the Sex Work Law. Prior to that, prostitution was unlegislated but was not considered illegal, because the constitution permits any activity that is not prohibited by law.

However, prostitution must be consummated in brothels (a.k.a. whiskerias or casas de masajes). The municipal government and the police department are in charge of identifying specific areas where brothels can operate. They consider the overall characteristics of the place before issuing permits. As such, brothels are not allowed to function near schools.

In order to open for business, a brothel must be duly authorized by the municipal government and the state police and follow certain regulations set forth by the ministry or public health. Brothels usually use a red light as a distinction or have discrete ads bearing the name of the establishment and a catchphrase to attract clients.

Both males and females over the age of 18 can work as prostitutes. Minors are forbidden from entering brothels, in addition to engaging in any form of activity inside. Pimping and any sexual exploitation of minors are also illegal

Violation of the Sex Work Law is punishable by fines. Authorities have set the minimum age for consensual sex at 12, but statutory rape laws are applicable starting at age 15 and entail a penalty of 2 to 12 years’ imprisonment. Penalties for pimping minors range from 4 to 16 years in prison. Child pornography is also illegal, with penalties ranging from 1 to 2 years in prison.

As for members of the LGBT community, their rights are upheld as Uruguay is one of the most liberal nations in South America and in the rest of the world. Same-sex sexual activity has been legalized since 1934, while anti-discrimination laws have been in place since 2003. Gays and lesbians have been openly serving in the military and allowed to adopt children since 2009. In addition, civil unions have been permitted for same-sex couples since 2008 and civil marriages since 2013, in compliance with the same-sex marriage law which was passed in early 2013.

Just like most of Latin America, the nightlife in Montevideo starts late, with locals eating dinner at around 10 pm. Clubbing kicks off at midnight and lasts till 4 am or 5 am. The city doesn’t have the same cosmopolitan clubs in major Latin American cities but it does have a pretty decent bar and café scene.

Here are some of the bars and clubs:

Montevideo has been receiving a lot of attention from people across the globe, particularly the LGBT community. Uruguay has been ranked as the most gay-friendly nation in South America. Aside from being a cosmopolitan hub, Montevideo was rated as having the highest quality of life among all Latin American cities. It is a dazzling place to visit because of its liberal and lively scene.

Gays are welcome anywhere in Montevideo and ever since same-sex marriage was legalized in 2012, the presence of gay couples became ordinary. The city has somehow adopted a "don't ask, don't tell" policy, so discrimination should be the least of your worries. Gays and the LGBT community in general, have received tremendous support from the younger and most recent generation.

You can find transsexual and transvestite street hookers along Boulevard Artigas. Majority of the transsexual sex workers only come out at night on weekends. The cost of sex with tranny street prostitutes is 1000 Uruguayan pesos and up.

One of our moderators will update the Montevideo Adult City Guide and keep on improving the guide for visitors.