Princess On The Penis (21) Monaco
What better place than the French Riviera if you want a beautiful escort. Monaco has the Buddha Bar, Jimmy’z and Zelos - great nightclubs where there is always a chance of meeting Monaco escorts as well as to enjoy a great evening out. You could always visit the Goddess strip club if you want to find an escort in Monaco while you get to enjoy the view. However, you are in Monaco, so if you have time when not in the company of an escort, why not visit the Casino Royale, made even more famous through the Bond films.
×
{{sspType}} V
City Guide V X

Princess On The Penis (21) PREMIUM
Female Independent Monaco Escort
I am new in town
+491775718193
Proud Latina. I am a student and live in Germany. was adopted from Haiti and I'm in Monaco this summer. speak german, english and spanish

+4915163909993
Our beautiful and newest Escorte Model , Shila ..... will enchant you with cordiality and warm love aura. When Shila looks at you, with her oriental sparkling eyes, your heart might just stop beating. She is absolutely perfect, from head to toes. ...
BRENNA (29) PREMIUM
Female Independent Monaco Escort
0755721490
Luxury escort for gentlemen who want to spend quality time in the company of a fine lady. My name is BRENNA INDIENNE a courtesan of modern times. I am a very pretty brunette wi 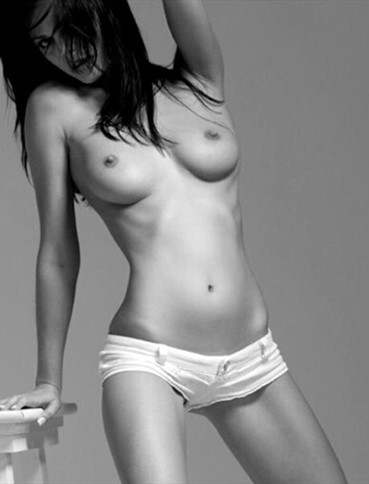 Set in the western portion of Europe, this independent city-state is bordered by France and the Mediterranean Sea. While its land area is only a little over 2 km2 (making it the second smallest country in the world), it is considered as the most densely populated country in the world with approximately 37,800 inhabitants.

There are quite a number of historic sites in this city which includes Palais Princier, and Fort Antoine Theatre. Despite being densely populated, the place remains to be quiet by sundown as gasoline-powered motorcycles are not allowed after 10 pm.

There is no specific location for the red light district in Monaco but prostitutes, high-end escorts, and most of the adult entertainment scene can be found in Monte Carlo which literally means “Mount Charles” as the place is situated on a prominent escarpment at the foot of the Maritime Alps.

Monte Carlo is home to the famous Place du Casino, a gambling center for the rich and famous in the world. Other night spots are Hôtel de Paris, Brasserie du Café de Paris Monte-Carlo, and Salle Garnier (the casino theatre where the Opéra de Monte-Carlo can be seen).

Although women who search and date rich men do not associate their activities as a form of prostitution, still other men refer to these ladies as prostitutes.

The so-called Red Light District in Monaco started in the year 1929 when the Grand Prix of Monaco (found in Monte Carlo) was used, not just as a race circuit, but as a way to socialize with people. The streets then were filled with people eager to party, gamble, drink, and mingle. Here, you can see the rich and famous from all of Europe and the world come together to participate and mingle with people their caliber (in terms of financial status). And so ladies are more than eager to stay and find their prospective partners or clients.

You can actually visit the place, positioned on a prominent escarpment at the foot of the Maritime Alps even by just riding a bus since there are five circular bus routes with a ticket that costs €1. Or you could take the hop-on, hop-off Azur Express for only €6 or £5.80.

For the reason that there are quite a number of wealthy people who come and go in the city, security is heightened. In fact, the ratio of policemen to the citizens is bigger than any other state in the world.

The ratio in Monaco is said to one policeman for every 100 residents. To add to the tight security, there is video surveillance system that runs 24/7. Walking unaccompanied at night is never a problem nor would you feel any fear from snatchers and other criminals because of this city’s amplified security measures.

Since Monaco is considered as the city of the super-rich and famous, there are a lot of establishments and activities for these billionaires. They have casinos, brothels, strip clubs, night clubs and bars as their source of adult entertainment. However, despite the abundance of these night spots in the city, still, escorts and prostitutes can be really pricey because of their target market – the billionaires. So, if you are someone with a tight budget, then this place isn’t for you for these ladies could charge of up to €1,000; and the high-class courtesans charge of up to €10,000 per night. Also, you don’t just see these ladies on the streets waiting for customers in indecent clothing as most of them dress really well and shop in luxurious branded shops.

Although prostitution in Monaco is legal, the establishment of brothels and prostitution rings is strictly prohibited. Also, solicitation is not allowed, as well as forcing another person into the sex trade.

Article 265 of the Penal Code of the state states that a person convicted of forcing another person into the sex trade is entitled to 6 months to 3 years imprisonment plus a fine. And even if couples are already married, a husband who forces his wife to become a prostitute can be sentenced to 1 to 5 years of imprisonment plus fines.

Aside from clubs, this city is also home to the Grand Casino which, aside from being considered as a gambler’s paradise, is also famous for its historical background.

The LGBT community in Monaco is not as strong as you think it is. Because although there are gays living openly in the country, gay bars, nightclubs, and saunas are not allowed. However, if you want to enjoy the night with the gay community with no restrictions, the nearest you can go to is Nice or Cannes in France.

The LGBT community in Monaco is generally silent as there are no reported issues whatsoever against the community. However, a 2007 survey made by the UPM party of Monaco says that 51% of the respondents wanted to that living in married partnerships should be accepted. There are many others who don’t agree.

One of our moderators will update the Monaco Adult City Guide and keep on improving the guide for visitors.