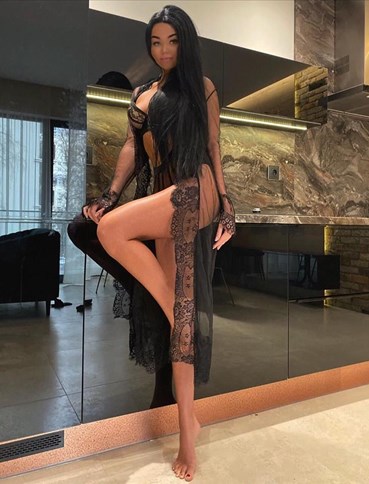 Leila (22) Vilnius
Nightlife begins around 11pm so what better time to go out to find an escort in Vilnius. Connect and 7 other clubs located around Gedimino prospectus are a great place to meet Vilnius escorts, while the Prospekto Pub is known as a place where only tourists and local girls are allowed in. The Club Ekluziva is also a great place to encounter an escort in Vilnius as it is a strip club with a brothel underneath! There is no well-known red light district in Vilnius, but ask a friendly taxi driver and they will be sure to assist you in your search for an escort if you need one. While in the city, why not try a meal in the restaurant located at the top of the Vilnius TV Tower.
×
{{sspType}} V
City Guide V X

Viktoria (28) PREMIUM
Female Independent Vilnius Escort
Slim, sexy, fun & just perfect for you!
+37068338474
Hello my dear! I am Viktoria or just call me Viki! You will win a Jackpot by meeting with me. Stunning - I am lovely Eastern European escort only in early twenties. Standing five feet eight inches tall, I am a statuesque beauty with an incredib... 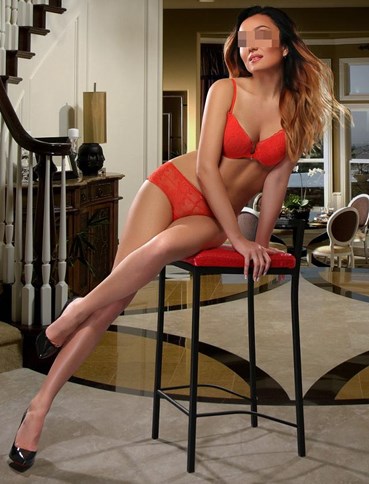 Slim, sexy, fun & just perfect for you!
+37068338474
Hello my dear! I am Viktoria or just call me Viki! You will win a Jackpot by meeting with me. Stunning - I am lovely Eastern European escort only in early twenties. Standing five feet eight inches tall, I am a statuesque beauty with an incredib...
Leila Leila
+37069056895
+37069056895 Leila Female Independent Vilnius Escort
Hello. My name is Leila. I am a nigh-class independent escort. Green eyes and luscious lips that kill are just the beginning. Witty and sharp,but sweet as a Lollipop. I have very soft skin,silky brown hait, a calming body and a beautiful face. You wi...
Katy (35) PREMIUM
Female Independent Vilnius Escort
+37060371600
If you're ready for an unforgettable trip to the magical world of bliss, you're on the right way :) Call me +370603 71 600 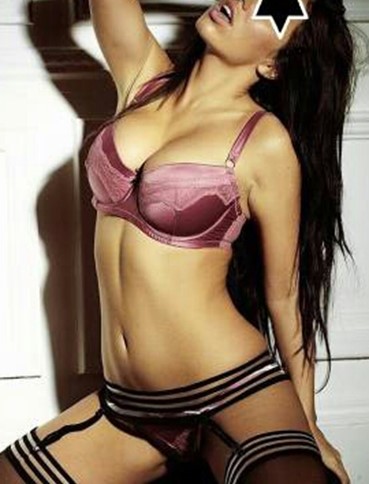 +37060371600
If you're ready for an unforgettable trip to the magical world of bliss, you're on the right way :) Call me +370603 71 600
Vanessa (29) PREMIUM
Female Independent Vilnius Escort
Hi! I am Vanessa. I am an elite and experienced Eurasian beauty. I provide deluxe and sultry full services with an intimate girlfriend experience. I am very discreet, clean and sensual. I would love you spend some time together, whether for a moment ... 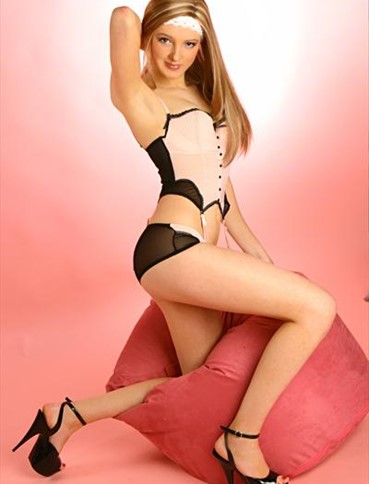 Hi! I am Vanessa. I am an elite and experienced Eurasian beauty. I provide deluxe and sultry full services with an intimate girlfriend experience. I am very discreet, clean and sensual. I would love you spend some time together, whether for a moment ...
Sonata (31) PREMIUM
Female Independent Vilnius Escort
+37063976062
i m inteligent elegant and sexy lady. my sexy body and deep eyes will amaze you. you not gona forget our liitle date for long:) pls contact me by whats up or viber. Best way give me a call and we organise our little Date. +370 639 76062

Vilnius is the capital and the largest city of Lithuania. It is located in the southeast section of the country, close to Lithuania’s border with Belarus. Its total expanse of 401 square kilometres is home to 542,664 people as of 2015.

The city appears to be of prehistoric origin because its exact year of foundation remains unknown. It has survived wars and enjoyed periods of rapid growth. By the 19th century, it was one of the biggest cities in Eastern Europe. It managed to combine the past with the present and the future that involves a thriving nightlife, world-class cuisine, and towering skyscrapers.

Taxi drivers will also help you in your search for a courtesan or an escort if you need one.

At one point, however, a red-light district existed in Užupis during the Soviet era. The self-proclaimed “Republic” of Užupis is the Bohemian and artistic centre of Vilnius. Interestingly, it has its own anthem, army (composed of 12 people), constitution, president, the prime minister, ambassador, bishop, two churches, the Bernadine Cemetery, and its own patron called The Bronze Angel of Užupis.

At the time when Lithuania was under Russian rule, Užupis was badly neglected and notorious for being a very dangerous area. Since 1991, Lithuania regained its independence, and the artists came and settled in the cheap accommodation facilities. Moreover, Vilnius’ art academy is situated just across the bridge from the Bernadinų Gardens. Concerts, alternative fashion festivals, poetry evenings, performances, exhibitions, and original Užupis festivities are now being staged there. Užupis is currently one of the most prestigious districts in Vilnius. Nowadays, Sodu gatve is considered the unofficial RLD of the city.

Vilnius is a relatively safe place, but crimes do occur occasionally especially in areas where street workers frequent. Be informed of the possibility that most of these girls are drug addicts and alcoholics. Be street smart and use typical common sense. Walk with confidence and refrain from looking lost. Getting drunk and acting clearly foreign at night is a bad idea. If you travelled by train to a nightclub or other adult venues, take taxis to and from those establishments. However, be wise because drivers are known to overcharge thrice the standard rate.

You can find streetwalkers around the intersection of Seimynskiu gatve/Ukmerges gatve and Kalvariju gatve, mostly in the eastern and northern directions of the intersection within 300 meters from it. The women start arriving at around 11:30 pm. A blowjob costs 20 litas ($5) while a quickie costs 40 litas ($10). Girls also show up every night in the lobby, bar, café and the nightclub located on the top floor of the Lietuva Hotel. They are all under the control of the local mafia and accompanied by a ‘mamasan’. The rate is about $80 for two hours and $200 for one night. The girls speak English and they are mostly in their earlier twenties. Low end street ladies can be found near the bus station, in front of the Holiday Inn, at the corner of Kalvariju and Konstitucijos, the main Gediminus street, and around the railway station, between the main gate and the Panorama Hotel.

Prostitution is illegal in Vilnius. The Code of Violations of Administrative Law states that prostitution is currently an administrative offence that is subject to a fine. On the other hand, the Lithuanian Criminal Code criminalized pandering and made it punishable by deprivation of liberty from 3-5 years or fine. Moreover, forcing or coercing to engage in prostitution of juveniles, materially dependent individuals and individuals dependent because of held posts as well as involvement in prostitution by using blackmail, deceit, some kind of physical or psychological pressure is punishable by 3-7year imprisonment.

Prostitution as an administrative offence can be considered if a prostitute is older than
16 years and of sound mind. A lot of underage women are engaged in the sex trade, but as long as they are younger than16, they cannot be legally prosecuted. For a single offense, the penalty for prostitution is a fine of 300 to 500 litas ($120 to $200) and up to 1,000 litas ($400) for repeat offences.

As for gays, same-sex sexual activity is legal, but neither the civil same-sex partnership nor gay-marriage is permissible. Homosexuality was decriminalized in 1993 but the historic legacy has led to limited rights for the gay community. Authorities legislated protection against discrimination, though this was essential because it was part of the criteria for accession to the European Union.

Aside from being one of the most majestic cities in Europe, Vilnius is one of the best places to experience a crazy nightlife. The city is always full of revellers because Lithuanians are known as among the most partying people on the planet! So if you are keen to having fun until the morning, Vilnius nights is precisely what you’re looking for! There are plenty of bars, clubs, and restaurants that cater to different tastes and preferences. At the heart of the metropolis – in Old Town, there are several cozy wineries where you can enjoy some of the region’s finest wines. For those who wish to spend their nights wildly, there’s a wide selection of nightclubs - some play the most popular foreign songs, while others feature local artists so you can become familiar with Lithuanian music. If you can’t live without booze, then visit one of the pubs and sample the world-famous Lithuanian beer.

Gays and lesbians are not yet fully accepted members of society. Homophobia remains firmly entrenched unlike in Western Europe where LGBT communities have become clearly visible. In spite of Lithuania's acceptance into the European Union, gay and lesbian visitors to Vilnius cannot expect the same degree of social acceptance as in most EU countries. However, things are gradually improving. The underground community is starting to grow and local groups like the Lithuanian Lesbian and Gay League (LLGL) have been discreetly meeting and planning sensitization campaigns, debates, and seminars for over a decade.

Homosexuality is still condemned by major social institutions from the Church to the government to the mass media. But as aforementioned, the situation is slowly ameliorating. In particular, young people are becoming more open to alternative lifestyles and gay visitors need not worry about being attacked on the streets. There are small gay communities, but the sparse population indicates that there is no active or prominent gay organization. There is one official gay club – Men’s Factory - and it’s here where the gay scene is concentrated. A few years back, it was notorious but things appeared to have calmed down or the public shock has worn off. Men's Factory is a proof that there is an active and thriving gay community in Vilnius. In fact, it may do more for the city’s gay cause than any other local group.

One of our moderators will update the Vilnius Adult City Guide and keep on improving the guide for visitors.