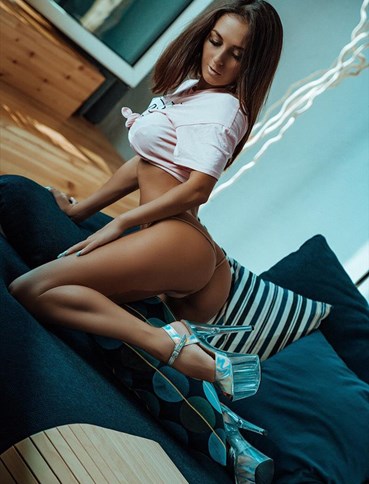 Miya (24) Milan
A multicultural city with beautiful girls from Italy, Eastern Europe, Africa and Asia means you will have a great choice if you are looking for an escort. Milan is a bustling city and if you want a little excitement in your search for an escort in Milan, then try out the nightlife at such clubs in the Navigli district, including El Brellin, Birreria and La Scimmie. Milan escorts often post notices in shop windows so keep your eyes peeled when wandering about. Escortscan also be found around the Viale Abruzzi, while the main red light district of Milan is around the railway station. During your stay in the city and if you have time, try and visit the stunning Duomo Cathedral, which is the fourth largest in the world.
×
{{sspType}} V
City Guide V X

Laura (25) PREMIUM
Female Independent Milan Escort
+393511320179
Hello Gentlemen, Im exclusive independent escort 101% real woman I’m a very flexible and adapting companion, wherever you choose to go on a date with me you are bound to be pleased with my dating skills. you will have the pleasure to caress for ho... 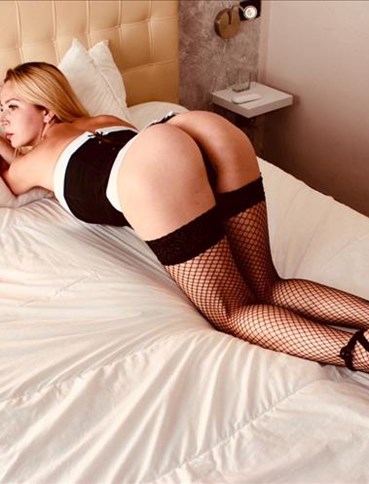 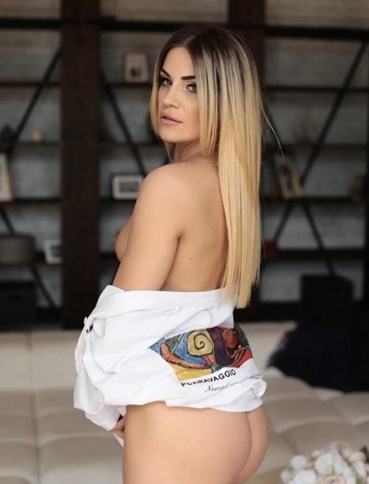 +393511320022
Hello Gentlemen, Im exclusive independent escort 101% real woman I’m a very flexible and adapting companion, wherever you choose to go on a date with me you are bound to be pleased with my dating skills. you will have the pleasure to caress for ho...
Diana (24) PREMIUM
Female Independent Milan Escort
+393511279208
Diana is a sensual, good-looking girlfriend experience escortbased in Milano, the smile on her face is sure to put a smile on yours, and you’ll be charmed to see all of the attention to detail she puts into herself and her looks. This woman is exactl... 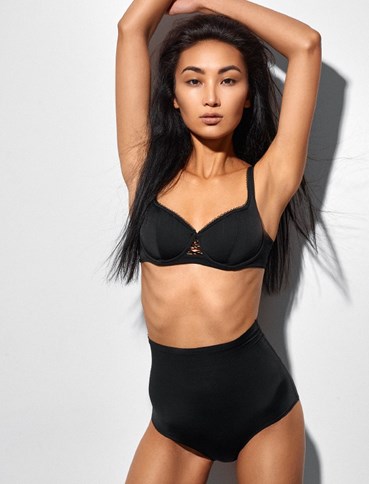 +393511279208
Diana is a sensual, good-looking girlfriend experience escortbased in Milano, the smile on her face is sure to put a smile on yours, and you’ll be charmed to see all of the attention to detail she puts into herself and her looks. This woman is exactl...
Kamelya (31) PREMIUM
Female Independent Milan Escort
Welcome to meet Kamelya seductive brunette with sexy curves, very long hair, who offers the essence of feminine style, elegance and sophistication. Im Independent escort in Milano available for travel and Dinner Date, companion for any occasion of yo... 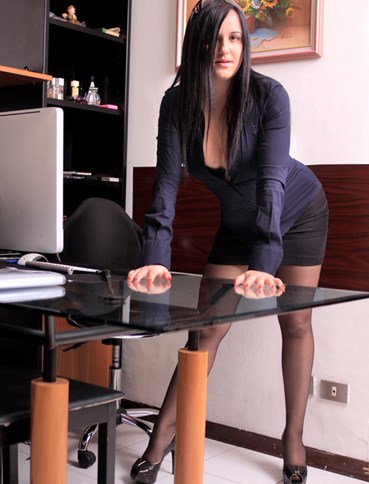 Welcome to meet Kamelya seductive brunette with sexy curves, very long hair, who offers the essence of feminine style, elegance and sophistication. Im Independent escort in Milano available for travel and Dinner Date, companion for any occasion of yo...
Liya (24) PREMIUM
Female Independent Milan Escort
+393510169804
Hello, Im is very passionate, sensual, and the most stunning woman you will have ever seen, this alluring Russian model is a delight to the five senses. From the moment you met this exclusive Russian companion you will be impressed. Im is extremely c...

Milan, considered as the capital city of the province of Milano and of the Lombardy region in northern Italy, lies in the north-western region of Po Valley. Currently, the city proper has a population of 1,346,000 and the metropolitan has 3,204,601 inhabitants and a land area of 181.76 km2. Despite being referred to as the richest city in Italy, this city is also known as the “moral” capital.

A lot of tourists and visitors think that Milan is the happiest city in the world as it is illegal to frown except in funerals and hospital visits.

There is really no official red light district in Milan as of the moment. However, there have been motions between politicians to establish one. Also, Carlo Monguzzi from the Democratic Party said that it could be the “only solution” to address the problem of violence and exploitation of women.

Generally, Milan is a safe city despite having the major financial institutions and other establishments located here. However, there are quite a few areas where it is unsafe to be roaming around especially the ones near Loreto (the central railway station) and Porto di Mare (Southern end of the yellow metro line). Petty crimes such as snatching, swindling and the like abound so it is best not to trust strangers or not to talk to them at all. For example, at the station, one shouldn’t trust bystanders offering help with the ATM machines as they are set to steal money from you. Also, do not believe those migrant vendors in the streets selling luxury merchandise because most of them are fake goods. Also, watch out for people outside Duomo who would forcefully give you corn to feed the pigeons for they are bound to beg money from you.

Despite the city being a major financial and industrial center of the country where Italy’s Stock Exchange can be found and also a major world fashion and design capital, adult entertainment in Milan can be less festive, unlike other Western and European cities. This could be due to the fact there is no official red light district in the city.

However, nightclubs, bars, and massage parlours can still be found such as Carnevaleria Publimagic, Venus Night Club, Pepenero Milano City, New Paradise Club Prive, Pupa Club. There’s also the presence of the so-called “indoor exploited prostitution” where sexual activities are done in private apartments, hotels, nightclubs, saunas, and massage parlours. Here, indoor prostitutes are allowed to save 30% to 50% of their earnings.

The city’s Chinatown known as Paolo Sarpi area also houses a lot of massage parlours managed by Chinese where they provide extra service.

Italy, in general, is part of the few countries where prostitutes are seen walking on the streets at night clad in very short skirts and high heels. Milan does not go far from this as street prostitution is rampant in the city. In fact, there are around 5,000 ladies who cater to 60,000 customers per night who are part of the reason why traffic in some of the streets of Milan becomes really bad. However, there are also Italian men who choose to cross borders towards Austria or Switzerland and enjoy cheap legal sex inside brothels instead of dealing with Italian street prostitutes.

Unlike other European countries like Austria, Belgium, and the Netherlands where most prostitutes can be found in clubs, bars, and brothels, 75-80% of Italy’s sex workers are found on the streets as there are fewer sex clubs.

As of today, prostitution in Italy is legal but with no regulations. However, it is not allowed by law to run a brothel and practice pimping.

There are also quite a number of foreign prostitutes in the country. Of the 100,000 prostitutes in Italy, one-third comes from abroad, and more than half of the 100,000 work on the streets. Some of them are Russian, Brazilian, Romanian, Bulgarian, Chinese, and Albanian of the Roma minority.

The minimum legal age of prostitution in Milan is 18. And although prostitution is legal, there are sex workers who gather at a particular road in Milan who face a 500-euro fine for refusal to wear this certain unflattering high-visibility attire. They are required to wear this as they cause a road-safety problem on the way from Milan to Cremona; thus, authorities are treating them like construction workers due to the problem that they are causing.

Aside from the adult entertainment this city has to offer, it also features a wholesome aspect to its nightlife. Milan’s nightlife has two areas: Brera District which is to the north of the city’s center and eastward to the Sempione Pak, and the Navigli District which has a Venetian ambiance to it.

The LGBT community here in Milan is very much accepted as evidenced by the number of establishments and entertainment venues for gays. Although, some say that the center of gay life is found in Via Sammartini wherein gay bars, strip shows, and gay saunas are found, gay venues are actually evenly distributed in the city. This just shows how lesbians and gays are being welcomed here.

If you want to go shopping, they have bookshops for the LGBT community like the gay and lesbian bookstore called Libreria La Babele or the Pier Pour Hom. Or if you want to have fun yet something not too crowded, then Mono, which is a retro-styled gay bar could just be the place. Other gay clubs such as Nuova Idea and One Way Club also welcome gays and as in most of the places in Italy, these venues may require membership via the Arcigay card which can be purchased on this site http://www.arcigay.it/arcigay-english.

82% of Italians actually consider homosexuals as equal to all others. So, it’s safe to say that Italians accept and respect the LGBT community in as much as they give respect to others.

There are quite a number of activities that are made legal for the LGBT community. One is the same-sex sexual activity, another is the consent to serve the military, consent to change legal gender, same-sex legal union (since June 2016), and a lot more.

In celebration, a pride march known as the Milano Gay Pride happens annually. It’s a week of LGBT-friendly events that usually happens in late June. It starts at Milano Stazione Centrale and ends at Porta Venezia.

Of the 5,000 sex workers in Milan, 500 are transgender. These transsexual prostitutes are found in one of Milan’s main streets, Viale Certosa. And at night, you’ll find men who are their customers.

One of our moderators will update the Milan Adult City Guide and keep on improving the guide for visitors.