CARLA DUMELLE (24) Paris
Synonymous with French culture of erotica and romance, Paris is the capital for all things seductive. In order to maintain its reputation, the city has a multitude of ways to entertain gentlemen in the hunt for something arousing. From Paris escorts to adult clubs, the ‘City of Light’ is absolutely a hedonist’s delight. The range of women plying their trade is mind-boggling. From escorts offering out-calls to companionship services for executives, there’s something for even the most discerning travellers. A premium rate escort in Paris can be booked for extended periods and while they come with a hefty price tag, you can rest assured that they are well-educated, well-mannered and stunningly beautiful. The ladies come from all over the world so expect to find blacks, whites, Africans, Asians, Latinas and any other type of sex worker you can dream of.
×
{{sspType}} V
City Guide V X 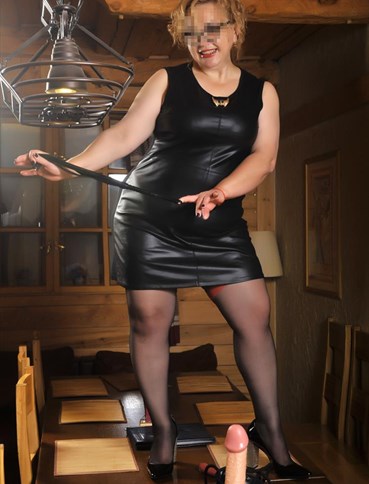 Busty Full Services Mature Lady for You!
+33675084395
Hi!My name is Sofia and I am here for every man who love to spend time in company of big hot woman like me!My curvy body and big boobs are always ready for hot sex plays and waiting you for give only pleasure!So,contact me and you will have an incred...
Alexa Wynn (30) PREMIUM
Female Independent Paris Escort
Luxury Elite Courtesan
+33671972390
TREAT YOURSELF TO SOME TRESURED MOMENTS WITH ME. IF YOU ARE LOOKING FOR A MEMORABLE EXPERIENCE WITH A PASSIONATE COURTESAN WITH CHARM AND GRACE, THEN YOU WON'T BE DISAPPOINTED WITH ME. SIMPLY, I STRIVE TO EXPLORE YOUR MIND, HEART AND SPIRIT, GETTING ... 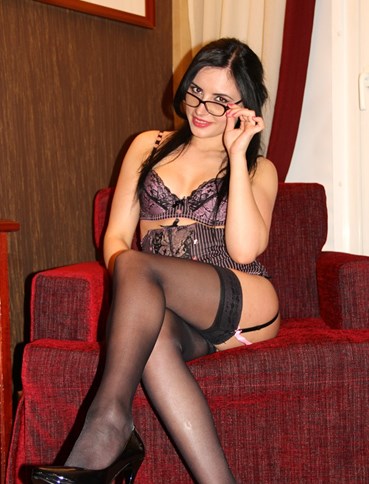 Paris is the capital and the principal city of France. Located on the river Seine in the northern region of the country, it covers a total area of 105 square kilometers. Paris is a global fashion hub and is often referred to as the "international capital of style." It ranks alongside London, Milan and New York in the fashion industry. The Paris Fashion Week is one of the world’s foremost fashion events that is well-anticipated by people in the field of fashion which take place biannually in the city.

Paris attracts throngs of tourist to its major attractions including the Eiffel Tower, the Louvre, Notre Dame and Moulin Rouge. It is also a magnet for artists and chefs from all corners of the globe. The city hosts hundreds of museums and restaurants. The Louvre is the world’s most-visited museum and serves as a house of a number of historic works, including the Mona Lisa and the Venus de Milo statue.

The history of Paris dates back to the third century when it was just a small town occupied by the Parisii, a sub-tribe of the Celtic Senones. By the fifth century, Paris was declared as the capital of France, and by the 12th century, it was already the biggest city in the western world.

There are two known Red-Light Districts in Paris: Quartier Pigalle and Rue Saint-Denis.

Pigalle is an area that is situated around the Place Pigalle, on the border between Paris’ 9th and 18th arrondissement. It lies on the north section of the city, adjacent to Montmartre. Rue Saint-Denis, also known as Quartier Rouge, is one of the oldest areas of Paris. Its road runs parallel to the boulevard de Sébastopol, between Boulevard de Bonne-Nouvelle and Rue de Rivoli.

Pigalle is the home of everything that's X-rated: prostitution, peep shows, strip clubs, sex shops, and a lot more. You won't find window brothels, but it has a distinct adults-only ambiance that makes it a top tourist attraction. Pigalle’s reputation has always been raunchy; it was even nicknamed “Pig Alley” by allied soldiers during World War II. However, it also boasts of some classy burlesque shows like the Moulin Rouge.

Pigalle was home to the studio of Henri Toulouse-Lautrec, a popular French painter, draughtsman, and printmaker. Other artists like Vincent van Gogh, Pablo Picasso, and Maurice Neumont also once lived in the area. Josephine Baker opened her first nightclub in 1928 and the venue was located next door to Breton's apartment. Pigalle was also home to the Museum of Eroticism and the Grand Guignol Theater.

Jazz singer Adelaide Hall resided in Pigalle in 1937 to 1938 and opened the La Grosse Pomme or "the Big Apple" nightclub. Other similar venues during the late 1930s included the Moon Rousseand the Caravan where Django Reinhardt performed.

The ancient Roman route that led to Saint-Denis, Rouen, and Pontoise competed with "route de Senlis" but gained an advantage following the demolition of the Grand Pont and the establishment of the royal abbey of Saint-Denis. It then became the way for royal entries into Paris.

Rue Saint-Denis was one of the focal points of the June Rebellion of 1832. It was immortalized in the novel Les Misérables by Victor Hugo. In the book, it was referred to as the "Epic of the Rue Saint-Denis."

Pigalle is easily accessible since it is one end-point of the Montmartrobus. You may also head to Place Pigalle by taking the Métro and disembark at the Pigalle stop.

The closest metro stations are Strasbourg Saint-Denis and Reaumur Sebastopo on line 4. Gare du Nord and Gare de l'Est are just a few minutes walk to the north.

The nearby areas are safe and quiet. There are lots of children in Pigalle and they are not affected by the presence of sex shops along the boulevard. The Pigalle area may have a sleazy reputation, just like what you’ll typically expect for a place with lots of sex shops, but it does not pose any serious safety risks.

Be on the lookout for the so-called “Do you speak English” scams. The con artists begin their chatter
with “Do you speak English?” They’ll be so friendly and nice, then tell you their sad story and later ask for money. Another common scam is the “You dropped something!” The trickster then hands you what looks like an expensive piece of jewelry. Once your attention has been drawn and you start conversing, a second person will pick your bag or the person will suddenly accuse you of robbing them. Either way, it will end up with them asking for money. Be streetwise and always be aware of your surroundings.

Streetwalkers are typically found on the northern boulevards of the city. On the northern section of Saint-Denis Arch, you’ll see some women in Boulevard Strasbourg, the majority of whom are Asians and Africans. From time to time there are some young Eastern Europeans who join the fray. Streetwalkers are fairly easy to spot as they have a distinct way of dressing: fur-collared coats, miniskirts, and over-the-knee boots.

A man or woman may seek or offer to pay for sexual services (except paying for those under 18) but they should not advertise this fact. Soliciting (racolage), including passive soliciting (racolage passif) is illegal. The act is defined as standing in a public area known for prostitution and dressed in revealing clothes. It is punishable by a fine of €3750 and up to six months in prison.

LGBT rights in France have been considered as liberal and among the most advanced in Europe and the world. The age of consent for same-sex sexual activity was equalized in 1982 under President François Mitterrand. Same-sex couples were granted domestic partnership benefits through the civil solidarity pact. In 2013, France became the 13th nation in the world to legalize same-sex marriage, in spite receiving staunch opposition throughout the country.

Laws forbidding discrimination on the grounds of gender identity and sexual orientation were passed in 1985. Transsexuals have been permitted to change their legal gender and in 2009, France earned the distinction of being the first country in the world to declassify transsexualism as a mental disorder.

Paris is popular for a lot of things, including a bustling and vibrant nightlife. Note, however, that Parisians seldom start having dinner before 10 pm so it is typical not to go out and hit the bars or clubs until close to midnight. And because evenings often start out late, it’s also customary to stay out until dawn. Before going to a particular club, try to do a little research. Some are straight-oriented while others are strictly gay-oriented. Themes, DJs, and events at the clubs usually change every night, but the scene is always the same: expensive drinks, pounding dance music and lots and lots of people.

Aside from just hitting the clubs, there are different ways to enjoy Paris by night. Here are some of them:

As can be expected for a huge and sexually unrestrained cosmopolitan area, Paris has a large and exciting gay scene. Majority of the gay bars, nightclubs and saunas are concentrated on the 3rd and 4th arrondissement, particularly in an area called Le Marais.

There are also a lot of lesbian bars with great music, superb entertainment and gorgeous girls available from late night through to the early hours of the morning. ’’Les Taulieres’’ and ‘’Rosa Bonheur’’ are two of the finest lesbian bars in the city and are certainly worth a visit.

Paris has often been named as one of the world’s most gay-friendly cities, with Bois de Boulogne, Quartier Pigalle, and Le Marais being said to have a booming gay community and nightlife. Recent polls indicated that 77% of the French perceive that homosexuality must be accepted by society.

One of our moderators will update the Paris Adult City Guide and keep on improving the guide for visitors.