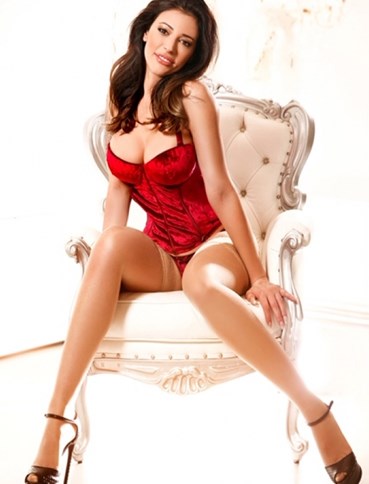 RORO VIP (21) Istanbul
Bearing in mind its geographical location, your choice of escort in Istanbul can come from anywhere in the world, including many from Europe, Asia and the Far East. During the daytime, as well as at night, Istanbul escorts can be found in and around the Karakpy area of Istanbul, though if you want to find an escort in a more relaxed atmosp0here, then Istanbul nightlife will be the place to find beautiful women. The best areas at night to find an escort in Istanbul are in the Nisantasi and Sisli areas where the nightclubs and bars are full of beautiful women.
×
{{sspType}} V
City Guide V X

Luxury Girl Istanbul Real (24) Agency Escort
Female Istanbul Agency Escort (Member of arab escorts istanbul )
luxury girl istanbul Real 100% بنت راقية
I am a charming and sophisticated young lady live in Istanbul, I have a warm smile, soft voice and perfectly smooth skin. I am a cultured, educated, polyglot. I seek a partner to connect with on an intellectual and intimate level. I know how t... 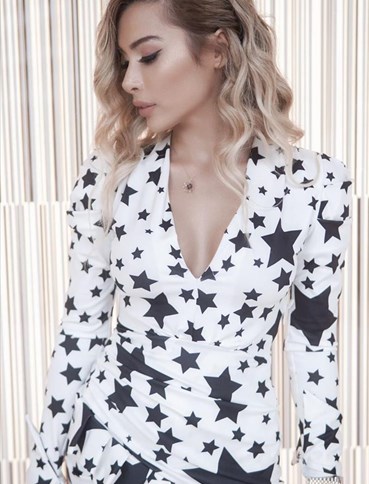 luxury girl istanbul Real 100% بنت راقية
I am a charming and sophisticated young lady live in Istanbul, I have a warm smile, soft voice and perfectly smooth skin. I am a cultured, educated, polyglot. I seek a partner to connect with on an intellectual and intimate level. I know how t...
Joule Arab Girl Istanbul (27) Agency Escort
Female Istanbul Agency Escort (Member of arab escorts istanbul )
joule arab girl istanbul
Do you intend to visit Istanbul, or are you thinking about it, do you want an Arab girl in Istanbul, looking for a massage session in Istanbul, looking for a marriage Missiar in Istanbul , if your answer is yes, I am the one who can satisfy all your ... 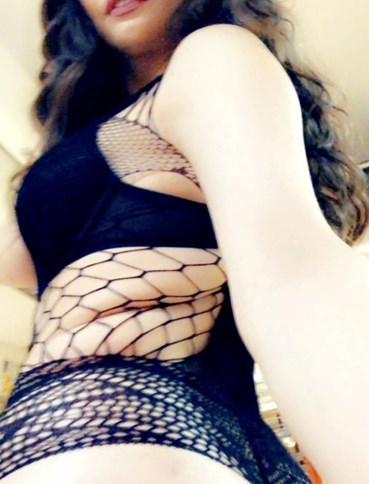 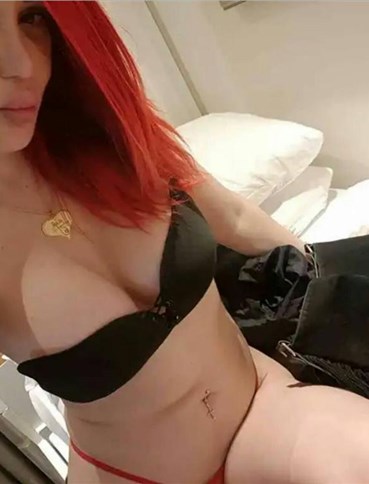 rola arab girl istanbul
Hello, I am Rola, an Arab girl in Istanbul. If you are looking for fun, I am here , with me there is no limit , let your imagination be free, every woman will find my way with me. I am a domination woman in Istanbul, professional in all kinds of fun....
Indian Escorts +601169645 PREMIUM
Istanbul Escort Agency
+601169645548
Now You can have the #Premium Escorts Service in Istanbul Turkey (01169645548) anytime you like. For #Booking #Call Shina (01169645548) A haven for personal healing, growth and discovery. A natural approach to better Istanbul Turkey Escorts (01169645... 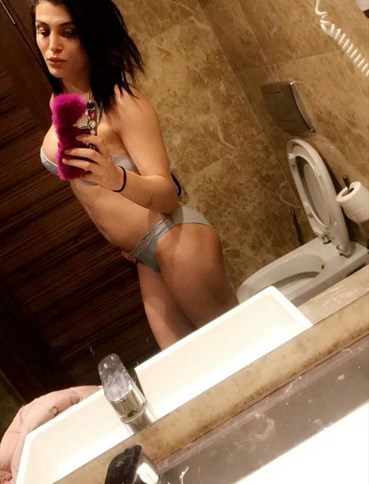 Istanbul is a unique, cosmopolitan city in Turkey, located in the northwest part of the country (Marmara region), between the Black Sea and the Aegean Sea. Istanbul is Turkey’s largest city, with a land area of 1,539 km² and a population of more than 14 million inhabitants.

As a city with historical legacy, Istanbul has a lot to offer. Some historical monuments, mostly located on the European side, include Blue Mosque, Topkapi Palace, and Hippodrome. The Asian side, meanwhile, offers both historical and modern spots appealing to tourists.

The main RLD in the city is situated in Karakoy district nearby the Galata Bridge. This is where tourists can find the general house or the brothels of Istanbul. Karakoy is on the European side of Bosphorus and has been a trade centre in the Byzantine time.

Prostitution has thrived in the city’s Beyoglu district since the 1870s in Kadem and Zurafa Streets. It is said that an Armenian woman named Matild Manukyan operated an empire of brothels for 50 years. Reports suggested that Manukyan had a net income of about $4 million per year until her death in 2001. This caused the city to lose a significant source of revenue and some of its most popular brothels.

Istanbul, in the early 20th century, became a hub for prostitution because of its part in women trafficking. The new Turkish republic, however, regulated the industry in the city. Today, most of the prostitutes work in brothels and closed clubs. Some also work in the streets, particularly at night.

Karakoy is located at Galata Bridge’s northern end. Tourists can get to the Galata Bridge by taking the tram from Sultanahmet to Eminonu. Zurafa is about 100 metres above the hill on the right side. Kadem, meanwhile, is on the first left when tourists turn to Leblebici Saban.

Even by night, it is generally safe to walk around the neighbourhood. Tourists, however, are advised to be cautious when crossing the Tarbalasi Boulevard. It is not recommended to roam around the boulevard’s dilapidated quarter in the west of Beyoglu or Istiklal Avenue, particularly after the night falls.

Travellers need to know that when entering RLD areas in Istanbul and other parts of Turkey, Identification card is required. It is advisable to bring passports, but leave backpacks, as they are not allowed in the establishments. Tourists should never take photos of the red light district, as this may result in fines and confiscating of phones or cameras.

Prostitution is legal in the country, with most girls working in registered and licensed indoor brothels and sex clubs. The streets of Zurafa and Kadem are famous for their legal window brothels. Strip clubs also exist in Istanbul. Regina Revue in Sisli is said to be the most reputable gentlemen’s club in the city. Adult stores and shops are present around Istanbul, but those who don’t want to visit the local shops can order products online. Swinger clubs, on the other hand, are hard to find, as the government has blocked many of the websites. Swingers will need to contact the right people to know more about swinger parties and events.

There are a few places where locals and tourists can find streetwalkers in Istanbul. Most of them search and lure clients at night:

Tourists can find legal windows brothels around the red light areas in Zurafa and Kadem Streets. It is also possible to find transsexual workers waving at clients from the windows of brothels in Kucuk Bayram Sok and Buyuk Bayram Sok.

In Muslim countries like Turkey, swinger parties and events are not a public discussion topic. The government has shut down some swinger websites, but it is said that there are swinging options in Istanbul. Interested clients will need to connect and talk to the right people.

Prostitution is legal in the country since the foundation of the modern republic in 1923. Brothels are considered legal if they are licensed under the health laws. This also means that women working as prostitutes should have health check-ups and obtain IDs, stating the date of their examination. Failure to obtain a license or working without check-ups is considered illegal and punishable by law.

It is illegal to promote sex work, which is punishable by two months to four years of jail time. The passport law, meanwhile, does not allow entry to the country for any purpose related to prostitution.

The same law related to running a brothel applies to operating a strip club in Turkey. Operators need to obtain licenses and strippers should have regular health exams. Workers, furthermore, should be 18 years old and above.

When it comes to LGBT laws, homosexuality is legal, but same-sex marriage is unrecognised. Research suggests that about 84% of Turkish don’t want to live with LGBT neighbours, with only about 11% noting that homosexuality should not be considered a criminal act. Changing legal gender meanwhile is allowed, but this requires surgery.

Istanbul offers plenty of nightlife fun and enjoyment for everyone. There are venues for the glitziest clubbers and for those who want to meet new friends and dance the night away.

Here are some of the most notable clubs:

There is no specific “gayborhood” in the city, but gay activities and establishments are commonly found within the Taksim Square and Beyoglu district. The former is considered the centre of well-known gay venues. In fact, tourists can find many bars, saunas, and hamams in the area, as well as bisexual rentboys.

The city has been hosting gay pride parade annually since the early 2000s. Istanbul, furthermore, has solidarity groups such as Lambda Istanbul (the country’s first gay and lesbian organization), Istanbul LGBTT, and SPoD.

Istanbul is where the heart of gay life in the country lies. While homosexuality is legal between consenting adult partners, there is still societal discrimination in the LGBT community. There are a few malicious people because of the gap between the rich and the poor and the underdeveloped economy. The good news is, it is incrementally getting better.

Istanbul is generally safe for the LGBT travellers. Tourists can find several gay bars, clubs, restaurants, coffee shops, and other venues perfect for dancing the night away around Taksim Square and Beyoglu neighbourhood.

Note that LGBT travellers can avail the services of travel tours and groups that specifically cater to LGBT tourists and offer LGBT-friendly advertisement services. It is beneficial to visit IstanbulGay.com to know more about the latest gay venues and activities in the city.

Taksim Square is a great place for meeting gay people, but it is also possible to find rentboys and male prostitutes around the area. This is especially true at the centre of the square, around the monument.

The southwest of Taksim Square (Tarlabaşı Bulvarı) is where tourist can find transsexual prostitutes. The neighbourhood completely transforms at night. Many shemale workers also post their advertisements online. Most of those who offer such services are Turkish, Arab, Armenian and others. Tourists can also hook up with transsexuals and transgender by visiting gay-friendly clubs in the city.

One of our moderators will update the Istanbul Adult City Guide and keep on improving the guide for visitors.