Artemis Basel
Eastern European women with stunning looks in this city will likely be your choice if you want an escort. Basel city has a vibrant nightlife which makes meeting Basel escorts more likely and Club Dominant, Nordstern and Redrocks are well worth a visit. Strip clubs are also a great place to meet an escort in Basel, so Pussycat, Otto’s Place and Red Rose should be on your list of places to visit. ‘Kleinbasel’ is the area of Basel better known as being the red light district, though more the place to meet a prostitute than an escort.
×
{{sspType}} V
City Guide V X

Artemis PREMIUM
Female Independent Basel Escort
+33753657904
Hiii! I'm Artemis,I'm 20 years old and I can't wait to meet youu!!! I think we will have fun verry well together.Togge a top body with a lot of energy that it wants to consume with you! I really like the caresses and kisses on my hot body mmm... 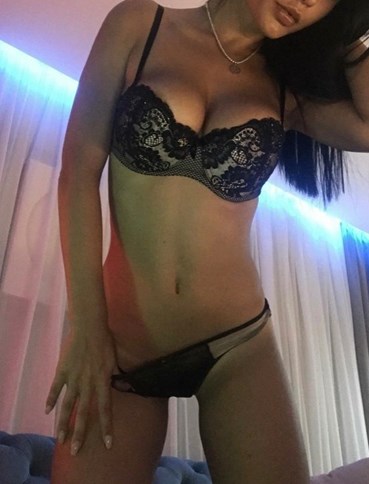 +33753657904
Hiii! I'm Artemis,I'm 20 years old and I can't wait to meet youu!!! I think we will have fun verry well together.Togge a top body with a lot of energy that it wants to consume with you! I really like the caresses and kisses on my hot body mmm...
ADRA JOY LUXURY ESCORT (41) PREMIUM
Female Independent Basel Escort
Welcome! I am a charming stylish beautiful and seductive part-time Escort. Possessing a well educated mind (and a perfect body), I am free from prejudices and open for many fantasies, playful moments and eloquent conversations. Together we can ex... 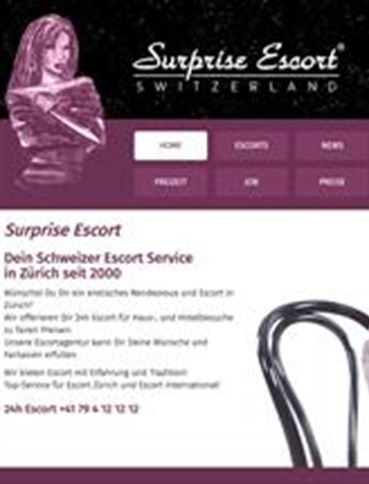 Considered as one of the most important cities in Switzerland, Basel is home to academic institutions, research institutes, companies, and world-class art museums. Bordering France and Germany, it is located at the center of the tri-national region - the Dreiländereck. The city’s official language is German. However, the majority of the city’s inhabitants speak an Aleman dialect called Baseldytsch, which is their mother tongue. Currently, the city has a population of 175,617 and is considered as the third most populous city in Switzerland. It is also famous for its old and new architecture, as well as the booming chemical and industrial industry it offers.

The red light district in Basel is quite defined as there are certain areas where the sex trade is basically allowed. These areas are referred to as “tolerance zones” where ladies and other sex workers can freely do their trade. These areas are Grossbasel and Kleinbasel, Webergasse, Ochsengasse, and Teichgässlein. Beyond these zones, sex workers do their thing in hiding.

Basically, prostitution, just like in many European countries is rampant and legal. And authorities only take control when it becomes "excessive" which is quite relative. However, as mentioned earlier, there are certain regulations that specify the zones for prostitution.

You do not need to worry finding these areas as there are visible signs that direct men as to where to pick up prostitutes.

Aside from the zones mentioned above, sexual trade is also being allowed at the park of Claramatte which is on the east side of Ochsengasse. Since this area is beyond the toleration zone, visitors are told to take extra precautionary measures when roaming around at night as there is the presence of drug addicts. It is also best to tour the area with a companion and to be careful of one’s expensive gadgets and wallets as pick-pockets also thrive.

Also, also be on the lookout for trams and cars when crossing the street as there are reckless drivers. But all in all, Basel is one of the safest cities in Switzerland so there’s really nothing to worry about.

As in most European countries, adult entertainment in the city is no taboo as they are being advertised and exposed publicly. There are even shopping windows with life-sized dolls in lingerie, images of women in indecent poses, and explicit languages on signages all over the city.

Indeed, the sex industry in the city is very much alive as evidenced by ads for nightclubs and brothels on the front page of newsprints and are distributed in bus and tram stops. But despite the exposure of the adult entertainment in these areas, still, the actual sex trade remains in private places.  Clubs like Club Diamant, Kino Mascotte, Hennes & Mauritz, Memory Club, Red Palace, Studio Edelweiss are just a few of the clubs that are frequented by locals and foreigners alike.

There are approximately 800 women who work in the city’s sex industry and what ultimately makes visitors keep coming back to Basel, apart from their tourist destinations, are the friendly and polite nature of these Swiss ladies that can be felt in their adult entertainment. Aside from bars and nightclubs, these ladies can also be found in salons and massage parlours.

Mascotte Cinema – located in Bahnhof, this cinema is considered as the biggest cinema in Basel consisting of three different cinema rooms each with different movies being shown. It caters to a wide variety of clients: straight, gay and bisexuals. The audience really doesn’t care much of what’s on screen, they are more particular on the person they are with. There are also private movie cabins on the second floor with sliding partitions which allows you to watch guys on the next booths. Minors are not allowed and the ages of their audience range from: 18-30 years old.

Although legal, there are designated areas where prostitution and other sexual trade are allowed. There are also visible markings that draw the line between the zones where it is allowed and not allowed. These markings make it easier for authorities to prosecute those who disobey the law.

Pimping in Basel is illegal. Sex workers in Basel run their business independently. Having sex with the under-aged group of 16 and younger can result to 5 years of imprisonment. Intimidation of someone to go into prostitution is punishable by 10 years while those involved in human trafficking if proven guilty can lead to up to 20 years of prison sentence.

For laws pertaining to the LGBT, one states that the age consent for same-sex activity is 20 years, higher than the age consent for heterosexual couples. Like many cities, sexual discrimination is prohibited and that they can freely join in the military as well as be provided with goods and services, like other non-LGBT citizens.

The gay and lesbian scene in the city of Basel has very strong roots as it is already present even during the medieval times. And as with most European countries, being gay is very much welcome as shown in the number of gay clubs and bars around. There are even groups and websites that support gay get-togethers for recreational purposes.

The behaviour of locals towards gays in Basel is very welcoming. In fact, there is no violence or discrimination towards the LGBT community. Since the city values the rights of every individual, gay prostitution in the city is also allowed.

There are a couple of gay prostitution sites and areas in Basel where gays thrive. The following are a few of the gay-friendly pubs and clubs: Baragraph, Besenkammerbar, and Cargo Bar. The city also has gay-friendly dance parties in Bar Rouge, Borderline, and QueerPlanet; and also gay-friendly sauna and bathhouses.

One of our moderators will update the Basel Adult City Guide and keep on improving the guide for visitors.