Raiccafit4u (37) PREMIUM
Female Independent Ibiza Escort
Fit Beauty Party Muscles Athlete
00447455528983
Super Fit Sexy Blonde Sexual Therapist And Muscles Beauty Hi guys, I am a Pro athlete from Norwegian Federation Many of my clients come to see me because they like a woman with a perfectly toned body, other come because they have a muscle fetish,... 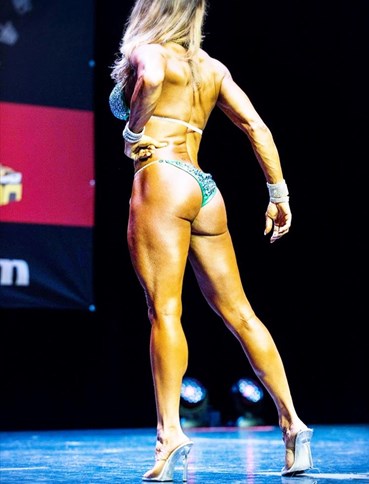 34611259701
We bring you the sexiest, nicest and best escort girls in Ibiza, with the friendliest and most professional service. It really is that simple. Pleasure is our business, so lets make it easy and fun!
Golden Escorts Ibiza PREMIUM
Ibiza Escort Agency
34604274091
GOLDEN ESCORTS IBIZAFrom our agency of escorts of luxury in Barcelona we present you a wide variety of girls of different physical profiles to satisfy the needs of each one of our clients. In Golden Escorts Ibiza you will find an exclusive selection of escorts. From our agency escorts in Ibiza we want to always offer you the best, that is why we interview and know personally all our escorts, thus ensuring the veracity of the profiles. Visit the different profiles of our luxury escorts where you can enjoy the 100% real and current photographs of each of the girls, so if you make an appointment you can assess the authenticity of the profiles.Sex is fantasy, and in Golden Escorts Ibiza we want … 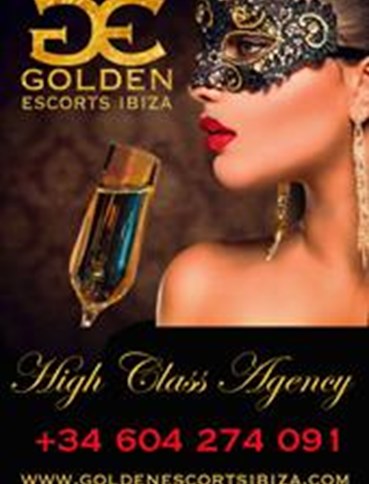 34604274091
GOLDEN ESCORTS IBIZAFrom our agency of escorts of luxury in Barcelona we present you a wide variety of girls of different physical profiles to satisfy the needs of each one of our clients. In Golden Escorts Ibiza you will find an exclusive selection ...
Laperlaibiza - Mamen PREMIUM
Ibiza Escort Agency
34623280037
Rusa en Ibiza. La compa√±√≠a m√°s sexy para complacer tus deseos. Escorts de lujo en laperlaibiza

34623280037
Rusa en Ibiza. La compa√±√≠a m√°s sexy para complacer tus deseos. Escorts de lujo en laperlaibiza
Diana Diana
+34610082704
+34610082704 Diana Female Independent Ibiza Escort
Hi, I'm Diana, I do all the services. I'm 24 years old. Work 24/24, first time in Ibiza I will be a few days, come to enjoy my services. I am very horny with a natural and sculptural body addicted to the most cheerful sex you can find. I do all t...
IBIZA ESCORT IBIZA …
573003722168
573003722168 IBIZA ESCORT Ibiza Escort Agency
Best Ibiza Escorts are a highly efficient and a very well-organized Ibiza escort agency providing great quality service to everyone who requires our help around Ibiza. We make sure full discretion to all of our clients. Our escort girls are prepared ...
Cleopatra Cleopatra
34669336847
34669336847 Cleopatra Ibiza Escort Agency
Top escorts girls Ibiza. Luxury escorts available for incall and outcall 24/7. Your Best Date escort agency provide the most beautifull callgirls and high class companion.

Ibiza, a city known for its nightlife, clubs, and beaches, is an island located in the Mediterranean Sea. It is one of Spain’s most popular travel destinations and a top summer holiday spot for many Europeans. Ibiza (or Eivissa in Catalan) has a land area of 571 km2 and a modest population of more than 130,000 people.

The city is also hailed as the world’s clubbing capital, hosting the biggest and liveliest events, particularly in summer. Some of the most popular tourist attractions in Ibiza include Es Vedra, Illa de Tagomago, Port de Sant Miguel, Sa Talaiassa, and Atlantis.

A few strip clubs are located in the area and it is easy to spot some women standing near the nightclubs. Most are African and they usually approach clients and offer sex services, which can range from 50 euros to 150 euros.

The beaches and the beach bars are great places to party with good chances of meeting new friends and finding hot women. Bora Bora and Tahiti & Tiare Beach bar are frequented by girls that tourists can hang out with.

Figueretas gets busy in the late afternoon and early morning. Those who are planning to explore the RLD should get an accommodation in the area. It is also a good idea to visit San Antonio, even though it is not an official RLD.

The area of Figueretas was developed through the 70s, offering a couple of small beaches for the residents and tourists. It was then turned into a residential suburb, with plenty of stores and shops selling a variety of things. While it is a lively suburb, it has a rather calmer vibe and atmosphere than central Ibiza. This makes it a great choice for tourist of all ages, particularly those who want to take a break from the noise and wildness of the central town.

Figueretas is a 15-walk from central Ibiza Town (less than 1 km). It is very close to Playa d’en Bossa Beach, with just a harbour of tiny fishing boats separating the two.

Ibiza and its surrounding areas are generally safe, but it is best to take note a few reminders. Just like anywhere in the world, the use and possession of drugs in the city are illegal. Locals and tourists should also know their alcohol limit or at least their basic limitations.

The legal blood alcohol limit in the country is very low, so those who will go over the limit should find an accommodation near the hotspots or venues. The Guardia Civil are all throughout the city and its suburb during the summer, making sure that there are no intoxicated drivers.

While Ibiza attracts millions of visitors, it has a low crime rate. Theft and other petty crimes are not a big issue. Tourists, however, are advised to be extra careful when roaming around areas with streetwalkers, as girls could rip clients off and a few may try to rob potential customers.

As a major clubbing hotspot, Ibiza has plenty of destinations to have fun and get wild. All night drinking and partying are common, with clubs and girls of minimal clothing attracting both locals and tourists. Strip clubs and nightclubs are abundant, featuring Privilege, the largest nightclub in the world and is known for hosting sex shows. It can accommodate more than 10,000 clubbers and has a large concentration of women willing to indulge in sensual pleasures.

When it comes to street prostitution, girls can be found in different areas, such as Ibiza Town, The Sunset Strip, or Pay d’en Bossa. The price range falls between 50 euros and 200 euros. High-class escorts, meanwhile, work inside the nightclubs and ask a rather higher fee. Clients can negotiate to get a good deal.

The vibrant nightlife in the city makes it easy to find street prostitutes. At night, African girls in Figueretas approach clients and offer sex services. Reports suggest that several freelancers work in the town, and in The Sunset Strip, Play d’en Bossa, and San Antonio.

The swinger clubs in Ibiza are perfect for liberal-minded people. Here are two of the most notable swinger options:

Prostitution in Spain is not illegal, but the real status remains unclear. It is said that the country exercises limited legality. Prostitutes are not punished, but pimps are penalised. Reports suggest that 90% of sex workers in the country are illegal immigrants, brought into the country through human trafficking.

Since 1956, brothels or sex houses have been illegal, but the majority of the establishments pose as clubs. Sex workers were also able to put up advertisements in the classified ads of newspapers. Others, however, proposed to shut down those sections to prevent blatant advertising.

Street prostitution is illegal, but some women can still operate in designated areas. The act of buying services, furthermore, is common among Spanish men, with one in four guys admitting to having paid for sex. It doesn’t also carry a social stigma, noting that having a sex worker harms a marriage far less than an affair.

Recent reports suggest that prostitutes in the island of Ibiza have created their own union (Sealeer Co-operative), which is the first in the country. This is said to enable members to pay taxes and receive government benefits. There are currently a few women working in the cooperative, but it is with the hope that others will sign up in the future.

When it comes to homosexuality, Spain is one of the best places to be gay. It has legalised same-sex marriage more than a decade ago (2005), with the majority of the people in the nation accepting homosexuality. Same-sex couples can adopt a child, and a baby born by IVF may be recognised as the child of the biological mother’s partner.

Ibiza, particularly, is gay-friendly like other major cities. Gay-friendly beaches in the city are common and going to any of them while holding hands is not an issue.

Ibiza is home to extremely spacious clubs, which have become institutions. Boasting state-of-the-art sound systems, these venues are the best places to dance and party the night away.

These are just a few of the best clubs on the island. Other notable venues include Space Ibiza, Ushuaia, DC-10, Destino, and Ocean Beach.

All sorts of tourists flock to the area, and gay and lesbian travellers add style and glamour to the city’s party scene. The island is a gay hotspot in the country, with a well-known gay beach – Playa Es Cavallet, which is also an official nudist beach. July and August are the busiest months, attracting plenty of gay sunbathers.

Ses Figueretes is its gay quarter, located in the town’s Southern End and is walking distance from the centre. It offers plenty of gay bars, gay hotels, and gay bed and breakfasts. The Virgen (harbour area) and Dalt Villa are also popular gay hotspots, attracting gay clubbers every night.

Ibiza is a gay-friendly city, where members of the third sex are free to have fun. It is normal to see gay couples walking while holding hands, which is never an issue. The city also hosted the International Gay Festival last year as well as the Ibiza Gay Pride.

Its energetic party and clubbing scene is one of the reasons gay travellers spend more time at Ibiza. Another reason is the well-known gay beach, Playa Es Cavellet.  Ses Figueretes is the gay quarter but gay tourists are also seen in the harbour area or Virgen and Dalt Villa. Travellers can also easily meet locals and tourist around the city, but they can also visit Gaydar, Chueca, or Grindr.

Gay and male prostitutes in the city usually advertise their services online.

Just like gay escorts, transsexual sex workers also advertise their services on the Internet. Shemales and transsexual escorts have their listings in several websites.

One of our moderators will update the Ibiza Adult City Guide and keep on improving the guide for visitors.