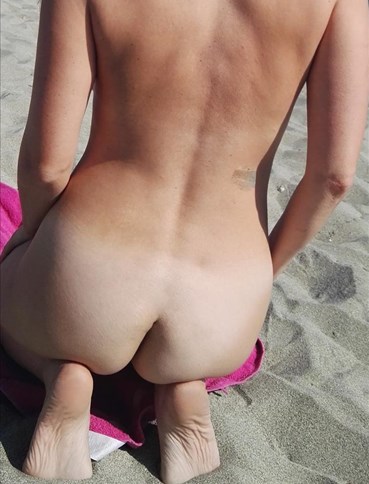 Sweet Smile (42) Novi Sad
Girls here are from Eastern Europe and Russia when you want an escort. Novi-Sad has several nightclubs which are well worth a visit if you enjoy your nightlife, including Central House, Latino Club in the Kad Hodas area, or Jelisavetin Bastion which is located in the old Fortress. Novi-Sad escorts are in all the city’s strip clubs, so a few places to go to and to find the best choices of escort in Novi-Sad are Passion, Kiss and Chandon Amor. The city bustles during the day and the hot spot for cafés and bars is Modene Street, while if you prefer a prostitute to an escort, then Danubian Street in Novi-Sad is your best bet
×
{{sspType}} V
City Guide V X

Novi Sad, the second largest country of Servia (once known as Yugoslavia) is the capital of the Voivodina province as well as the administrative center of the Southern Bačka. It is situated on the international road connecting Budapest and Vienna, Thessalonica, Athens, Bucharest, and Istanbul. Because of this capital city’s strategic location, it has become the cultural and economic center. Novi Sad has a rough population of 250,000.

It has undergone various civil struggles such as the 1848 Revolution and the war with the southern province of Kosovo. Currently, it is the center of industry and finance and is foreseen to become the European Capital of Culture.

Despite not having an official red light district, some of the most famous Serbian nightclubs are located in Novi Sad. The main destination for adult entertainment in Novi Sad is called Laze Telečkog. It is an entire street dedicated to nightlife populated by cafes, restaurants, bars, and nightclubs. This the is the place to go to find adult entertainment such as strip clubs, brothels, and adult cinemas.

Another street dedicated to adult entertainment is located just next to Laze Telečkog. Njegoševa is where guests can enjoy inexpensive drinks during happy hours at pubs lining up the street.

However, it is generally difficult to find anything more than striptease live shows, lap dances and similar types of adult entertainment in Novi Sad. To ease this difficulty, it is recommended to first book courtesans using escort agency websites in order to guarantee the availability of sex workers.

Laze Telečkog street is right next to street Njegoševa. For those looking for convenience, guests can hail a cab to go directly to Novi Sad from the Belgrade airport. This ride costs around 70 and 100 euros. Alternatively, guests can instead get down at the Belgrade city centre via taxi.

Generally, Serbian cities are considered to be safe, with the majority of the locals having a friendly and hospitable attitude towards foreigners. Still, as when touring any city, it is best to use common sense when walking down the street at night, such as keeping car doors locked and valuables secured, Guests should also be aware of incidents of pick-pocketing and purse-snatching. Also, if there is one thing to avoid during conversations with locals, it is political debates about the country’s past. Doing so will lead to a never ending debate that can potentially resort to violence. Never do something that will trigger a fight with the locals of the said city. With these safety tips in mind, one is definitely safe around the city.

There is something distinctive about the adult entertainment in Novi Sad. If you are someone who is into the night scene but at the same time wants to do away with the bustling city vibe that goes along with it, then this place is the perfect place for you. The adult night scene here is something laidback people admire as it is more relaxed. Although the energetic feel of clubs is still present, there is a part of the city that people get comfortable with. There are popular parts of the town like Modena, Zmaj Jova, Dunavska and Laze Teleckog where people like to spend most of their nights at.

There are only a few adult cinemas in Novi Sad. This is where guests can watch adult film and pornography. Located behind the Hotel Park is the Arena Cinema which screens both commercial movies and pornographic films.

Guests can find gypsy ladies that offer sexual services in Brigade. Some of the highways to see a good number of street hookers are on both sides of the highway of Jugopetrol’s Gas Stations Zmaj 1 and 2. Other locations are at the bus stops in The Blue Bridge, Plavi Most, and Picin Park. Guests interested in sexual services can simply pass by the gas stations and bus stops and discreetly wait for sex workers to approach them and offer their services.

Swinger clubs are also available in Novi Sad. Couples who are interested in partner exchange in the city can visit online websites dedicated to swinging. One of these are swingers.rs and theadulthub.com where individuals and couples can post anonymous ads, photos, and invitations via text message or their online profiles.

Via SMS, interested swingers can arrange meetings, start a conversation and share information about swinging parties. Via the website, they can send out invitations, exchange photos and arrange meet-ups. These websites allow visitors to see a variety of profiles and reach out to who they are interested in.

Local Novi Sad swingers can be reached through details found in the city directories. They claim to have an extensive list of contact pages which interested clients can browse into, giving them more options as they partake in such exciting activity.

In the Penal Code of the Republic of Serbia, a chapter on Sexual Offences indicates that the age of consent is at 14-years-old regardless of sexual orientation or gender. Another chapter prohibits sexual intercourse with a juvenile if the other party is entrusted with the guardianship of the juvenile. The law also prohibits cohabitation with minors aged under 18, unless between married parties.

There is more to the city of Novi Sad than just the adult entertainment scene. The city is a lively place with multiple party scenes composed of bars and restaurants. Streets like Modena, Zmaj Jova, Dunavska or Laze Telečkog are the most popular parts of the town where the people like to hang out at night with friends or set a romantic vibe to the place with a loved one.

Novi Sad is also a university city, which means there are a lot of young college girls that you can meet inside bars and restaurants during weekends. Tourists can also try out various cuisines when dinner dating or party all night to various musical selections without leaving the city. But if you compare Novi Sad to larger cities in other countries, it has a characteristic laid-back atmosphere. This easygoing trait has its own charm for the tourists.

Because of Novi Sad’s strategic location, it has become a crossroad where culture and history intersect. The city is almost synonymous for an annual music festival. The Exit Festival is one of Europe’s most popular music events because of the diversity and popularity of the artists drawn to it. It is held at no less than the famous Petrovaradin Fortress, which is the second largest fortress in Europe.

Despite the relative liberality in the city, Novi Sad is still leaning towards being less friendly towards the lesbian, gay, bisexual and transsexual (LGBT) community. It has been said that gay life in Serbia is close to being non-existent. This is because homosexuality does not come with legal protection or outright recognition. Culturally, it can be said that there is also a hint of homophobia in Serbia. This makes the LGBT community more prone to becoming victims of violence and discrimination because of their sexual orientation.

What’s even disheartening than these riots is the classification of homosexuality under "Sexual Deviations and Disorders" in official medical textbooks that are still widely used and in circulation. But after several requests, the Serbian Medical Society, in its official letter to Labris in 2008, has finally excluded homosexuality as a disease.

Although the LGBT community is a minority that is close to nonexistent, there is an organization like the GSA (Gay Straight Alliance) that provides legal protection to victims of sexual violence and discrimination. There are also LGBT sites such as GayEcho and Gay-Serbia and the oldest Adriatic LGBT Activism that are continually providing support in the development of LGBT rights and culture.

Being a gay or a lesbian in the country of Serbia, in general, is quite a challenge as they continually face discrimination and harassment. There are countless instances of “violent gay-bashing” the most extreme of which happened during the first Belgrade Gay Pride in 2001. Similar gay pride events in 2007 and 2009 are subsequently canceled due to the minimal cooperation of activists and an inability of the authorities to provide adequate safety and protection for the advocates. On October 10, 2010, however, the gay pride pushed through with the participation of around a thousand participants. Still, numerous anti-gay protesters and extreme nationalist group members opposed the event with unpleasant reaction and violent riots.

Because homosexuality is culturally restricted in this country, it is best to book gay prostitutes on online websites of various escort agencies and swingers website in Novi Sad.

One of our moderators will update the Novi Sad Adult City Guide and keep on improving the guide for visitors.