Leonor Lisbon
With Iberian, African, Latin American and European women, your choice of escort in Lisbon couldn’t be greater. The city has a great nightlife and two of the best clubs to visit for Lisbon Escorts are the Chinese Pavilion and Fragil, while you will have a great chance of meeting an escort in Lisbon if you go to the Champagne or Savana Clubs. One of the most popular places to find girls, including escorts and prostitutes is the Martim Moniz area of Lisbon as well. While there, try to find time to visit Geronimos Monastery, which is the resting place of the famous navigator and explorer, Vasco Da Gama.
×
{{sspType}} V
City Guide V X

Laurinha (36) PREMIUM
Female Independent Lisbon Escort
laura outcall 24h Lisboa
+351916620615
hello I'm laura a massage therapist with 38 years ... I go to your house or to your hotele I provide you moments of relaxation and pleasure also .. I do therapeutic massages, relaxation and anti stress, Tantric, sexy body to body and prostatic .. sen... 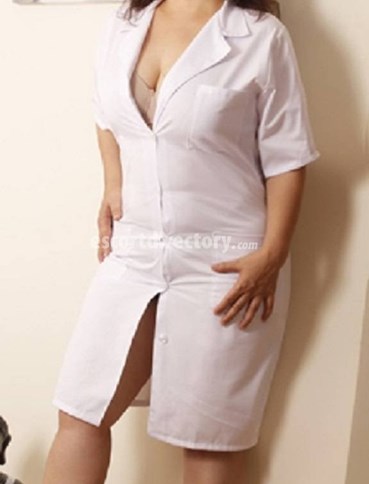 laura outcall 24h Lisboa
+351916620615
hello I'm laura a massage therapist with 38 years ... I go to your house or to your hotele I provide you moments of relaxation and pleasure also .. I do therapeutic massages, relaxation and anti stress, Tantric, sexy body to body and prostatic .. sen...
Carol (38) PREMIUM
Female Independent Lisbon Escort
laura outcall 24h Lisboa
+351916765092
I am carolina, 37 years old, I do relaxing, sensual and tantric massage. Complement with good sex.I am a real woman, full of nice curves ... beautiful, nice and cultured I just do outcall Call me 916765092 ola eu sou a carolina,37 anos,faço massa... 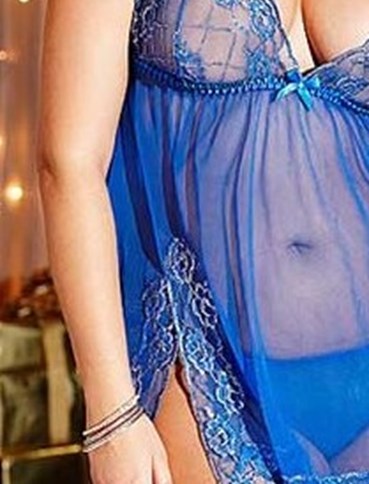 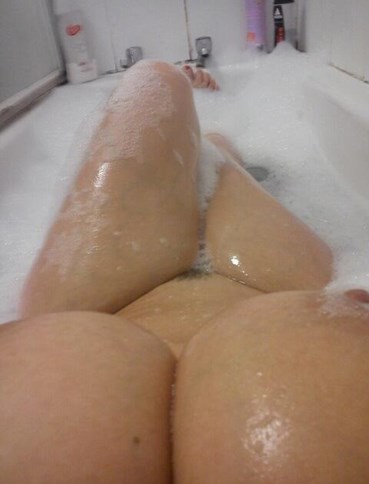 daisy just outcall 24h
+351920362836
I'm Daisy, I do several types of massage: muscular, sporty, tantric, body and lingam relaxation ... I am a 37 year old woman, full of sensual, and I have lots to give ... 351920362836
Adiriana (36) PREMIUM
Female Independent Lisbon Escort
adriana portuguesa so deslocaçoes Lisboa
+351920410311
hello, I'm Adriana, 37, rounded, beautiful, friendly and cultured forms, with class do massage, fantasies and some good sex.i am professional masseuse and do various types of massages: from therapeutic, muscle relaxation, sports and anti-stress, to t... 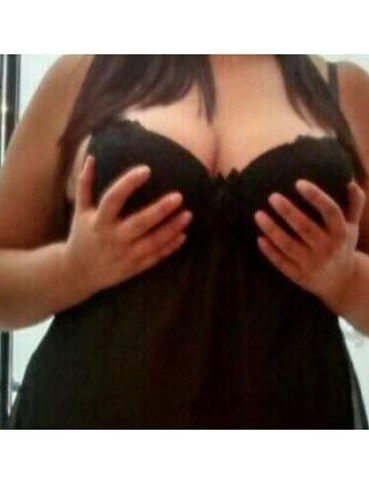 adriana portuguesa so deslocaçoes Lisboa
+351920410311
hello, I'm Adriana, 37, rounded, beautiful, friendly and cultured forms, with class do massage, fantasies and some good sex.i am professional masseuse and do various types of massages: from therapeutic, muscle relaxation, sports and anti-stress, to t...
Mafalda (37) PREMIUM
Female Independent Lisbon Escort
Me and you and a lot of sensuality !!! m
+351920508425
I am mafalda 37 years old, a woman who knows what she wants! I am a professional and very sensual massage therapist. I do therapeutic and sensual massages, body, tantrica.i go where you are. i do sex too! 920508425 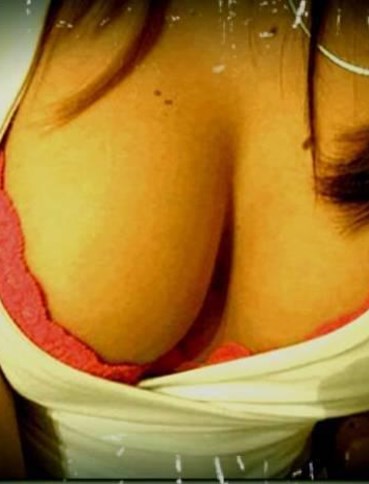 Me and you and a lot of sensuality !!! m
+351920508425
I am mafalda 37 years old, a woman who knows what she wants! I am a professional and very sensual massage therapist. I do therapeutic and sensual massages, body, tantrica.i go where you are. i do sex too! 920508425
Bia Bia
927709111
927709111 Bia Female Independent Lisbon Escort
Hello, I am Beatriz a beautiful Portuguese girl, I am educated, friendly and super well disposed. I love more seasoned educated men who like a good young company. The conviviality with me is pleasant and calm and uninhibited, oral and vaginal with...
Kate English Kate …
+447508068442
+447508068442 Kate English Female Independent Lisbon Escort
Sensual and sophisticated with a wonderfully naughty smile. I possesses the winning combination of beauty and brains with a devilishly good sense of humour. I am the perfect companion for discerning gentleman with impeccable taste, integrity and resp...
Tisha Tisha
00351913462904
00351913462904 Tisha Female Independent Lisbon Escort
Easy-going, intelligent, fun to be with, down to earth and playful those would be the words to describe me. Weather you are looking for an interesting conversation over the dinner table, a companion to attend an official function, a fun girl to spen...

Lisbon, the westernmost European capital of Portugal is located at the mouth of the Tagus River. It has a total of 552,700 inhabitants with an area of 89.94 square kilometres.

Popularly known for its clear unique light, it’s dotingly called the “White City”. It is also recognised to be one of the longest founded cities in the world. This place exudes beauty like no other with its suitable weather perfect for strolls, long stretch of sandy beaches, cobbled stone infrastructures, and green mountains.

From the former red light district Cais do Sodré, prostitution activities have moved to scattered places in the city. Most of the prostitutes are seen in Praca de Figuera and Martim Moniz. Though far from the happenings on a typical RLD, Lisbon’s adult entertainment still has a lot to offer that will indisputably tickle any man’s fancies.

It was during the 19th century when there was a continuous surge of prostitutes doing their business in the neighbourhoods of Cais do Sodré, Mouraria, Bairro Alto, and Alfama.

For a couple of years, the riverside Cais do Sodré was once the centre of adult entertainment where gambling and prostitution were widespread. What used to be an area filled with alcohol-slugging sailors spending their hard-earned wages on gambling and prostitutes now vastly changed as the area has been transformed into a nightlife district minus the adult entertainment aspect. From being bordered by brothels and clubs, entertainment venues like burlesque clubs and bars began to arise starting late 2011.

Monsanto covers 50 hectares, located on the west side of the city, north of Belem. Praca de Figuera is part of the Baixa Pombalina, located in the centre of Lisbon. If you wish to visit the former RLD, it is situated to the west of the city on the Avenida de Ceuta and Tejo Estuary banks.

Do’s and don’ts’ in Lisbon’s adult entertainment areas are mostly general safety precautions that include but are not limited to the following:

The red light district in Lisbon no longer exists as one but is now a vibrant Bohemian nightlife spot. Nonetheless, this doesn’t hinder the adult entertainment scene from happening in Lisbon. Sex workers still roam on some streets, and strip clubs, swinger clubs, and adult cinemas still exist in specific areas of the city.

The Tecnico area and Monsanto are the two main location where street workers frequent. Between these two spots, the Tecnico area is a better option since it is safer. Seeking for sexual services in Monsanto which happens to be in the middle of the woods is reported to pose some risk to the clients’ safety.

In Portugal, prostitution is legal (given that the prostitute has reached the age of 18) but has somewhat a few restrictions. It is unlawful for a third party to profit from any prostitution activity. Subsequently, organized forms of prostitution such as the operation of brothels are barred in this country.

When it comes to transsexual and transgender law, Portugal has substantially improved in the past years. In fact, Portugal’s Gender Identity Law is said to be the most advanced among other nations. Gay marriage has been made legal in 2010. Five years later, the parliament approved the law that legalises adoption of children to same-sex couples. Laws against sexual discrimination such as in the employment sector are in full effect in this country.

Drawing a huge and diverse crowd with its African influences, nightlife venues in Lisbon provide great party ambiance with the best tunes from both international and local DJs.

You can definitely find a visible LGBT scene especially at night in Lisbon. It is mostly concentrated in areas of the Principe Real and Bairro Alto. After all, these lively parts of the city are home of the best restaurants, as well as the gay-friendly bars.

With its marvellous cityscape, rich culture, and thriving gay scene, LGBT members are surely in for a treat in this city.

With the advances Portugal has on its laws protecting the LGBT, there is no wonder why many gay tourists look forward to head on to this place. Its very own Lisbon city happens to be the forefront of gay life in all of Europe.

Chances of homophobic disapproval from the general public are slim to none. Gay couples especially the locals are comfortable enough that most of them engage in public affection without the bad treatment most would probably get in a non-gay friendly city.

Gay prostitution in Lisbon thrives in various settings, stretching from disco bars to beach resorts. But the two places that are quite notable for gay prostitution are the Eduardo VII Park and the Monsanto Park.

One of our moderators will update the Lisbon Adult City Guide and keep on improving the guide for visitors.

This is a test