Yasmin (30) Warsaw
Finding an escort in Warsaw should be no problem, especially when the city comes alive at night. There are many great nightspots to the northern side of the city where you will meet Warsaw escorts, including Room 13, Nova Maska and the Bank Club, while Dekada has a reputation for amorous liaisons. Brothels are known as ‘Gentleman’s Clubs’ and other ways to help you encounter an escort in Warsaw is to either ask a friendly taxi driver or check out flyers often left on car windscreens by escorts. Al. Jerozolimskie and ul. Nowogrodzska are red light areas in Warsaw where you will come across girls from the majority of Eastern European Countries.
×
{{sspType}} V
City Guide V X

Audrey PREMIUM
Female Independent Warsaw Escort
511410112
Elegant as simplicity and warm as ecstasy You’re intelligent, charming and very likely accomplished. You have impeccable taste and class, with an understanding of the value of intellect as much as the physical.  You could have it all …  I plan to in... 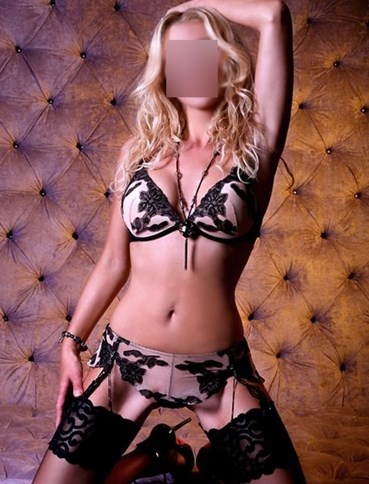 511410112
Elegant as simplicity and warm as ecstasy You’re intelligent, charming and very likely accomplished. You have impeccable taste and class, with an understanding of the value of intellect as much as the physical.  You could have it all …  I plan to in...
Natalia PREMIUM
Female Independent Warsaw Escort
My service includes special moments with an extraordinary woman, who is passionate and open minded enough to make even your wildest fantasies come true.

My service includes special moments with an extraordinary woman, who is passionate and open minded enough to make even your wildest fantasies come true.
Alissa (32) PREMIUM
Female Independent Warsaw Escort
I am new in town
+380951386608
I'm sociable and cheerfull girl, like talk, go outside, drink. Let's meet for good time. I offer online sessions, 25 euro half hour. 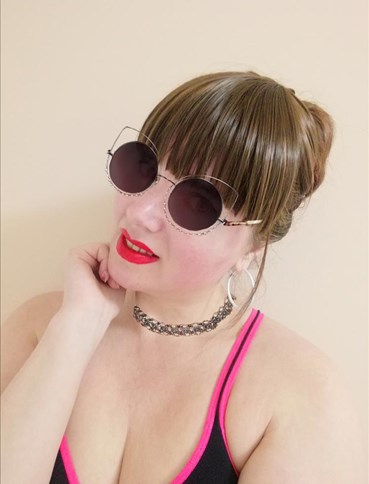 I am new in town
+380951386608
I'm sociable and cheerfull girl, like talk, go outside, drink. Let's meet for good time. I offer online sessions, 25 euro half hour.
Gisselle Escort PREMIUM
Female Independent Warsaw Escort
789654321
I am polite and sensitive to the needs of others. I am sophisticated, elegant and intelligent. I am sunny, warm, feminine and pleasant. I am incredibly passionate in all areas of life experience.Allow me to tell you a bit about me as an elite courtes...

789654321
I am polite and sensitive to the needs of others. I am sophisticated, elegant and intelligent. I am sunny, warm, feminine and pleasant. I am incredibly passionate in all areas of life experience.Allow me to tell you a bit about me as an elite courtes...
Lvette PREMIUM
Female Independent Warsaw Escort
I am lvette, very elegant and beautiful independent companion offering a genuine, warm and very friendly girlfriend experience. If you are looking for the very best romantic experience that life has to offer then look no further as you have found me. 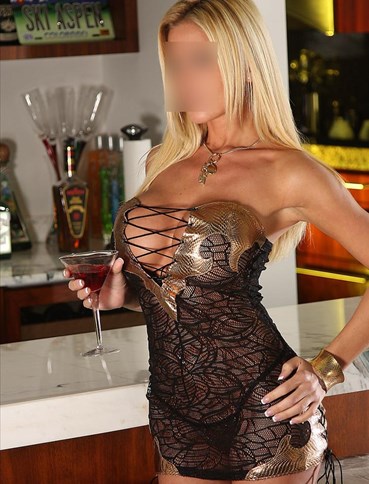 I am lvette, very elegant and beautiful independent companion offering a genuine, warm and very friendly girlfriend experience. If you are looking for the very best romantic experience that life has to offer then look no further as you have found me.
Allison Allison
Allison Female Independent Warsaw Escort
Are you looking for a charming, discreet and elegant courtesan, then you have found her. My name is Allison. I am an independent discreet elite escort and international travel companion who is educated and immaculately groomed. I'm always well d...
Andrea Escort Andrea …
511410112
511410112 Andrea Escort Female Independent Warsaw Escort
I love dancing, shopping, travelling all over the world, also interesting with fasion . I adore lingerie and high hills. I appreciate kindness and good sense of humor, I genuine interest to get to know what is going on other people mind and hearts..G...
Coco Busty Escort Coco Busty …
Coco Busty Escort Female Independent Warsaw Escort
If you are reading these few lines, it's because you're looking for the elite, an luxury escort girl, incomparable, with education and knowledge to delight you.I am an intelligent, well behaved and of course very pretty sexy young girl of 2​6 years. ...

Warsaw is the capital city of Poland, located in the central-eastern section of the country, specifically at the centre of the Masovian Plain. It covers an area of 516.9 square kilometers and home to an estimated population of 1.74 million people.

The city has a chaotic past and was in utter devastation at the end of World War II. The government initiated a massive rebuilding project and in spite of more than 40 years of communist rule, Warsaw now enjoys a phenomenal period of economic upheaval. It features diverse architecture, world-class museums, and the finest in Polish restaurant and entertainment scene.

Although there is no red light district in the city, there is a small concentration of bordellos or brothels around Aleje Jerozolimskie, Ulica Wilcza, and Ulica Nowogrodzka. There was a time when Warsaw was said to have more than 1,500 brothels but today the number is significantly lower. Most of these establishments have five to six girls working shifts, and with rates ranging from 100-150 złoty per hour. The girls usually offer some sort of promotion such as free drinks, free service for the third hour, or half their standard rate during the happy hours on Mondays. The brothels are easy to find, simply look for flyers pinned to car windshields or clogging up the street gutters.

People who visited Warsaw during the ‘90s and around the turn of the millennium may have memories of a grubby and messy city. With a profusion of brothels, it gained a reputation as a preferred destination for perverts. Then the late Lech Kaczynski was elected mayor and worked hard to restore the city’s lost innocence. Although he never fully succeeded in getting rid of the brothels and the notorious flyers, his efforts had a significant and lasting impact. One of the outcomes of his anti-sleaze crusade is that Warsaw now offers seemingly legitimate and fairly decent ‘Gentlemen’s Clubs'.

Aleje Jerozolimskie runs through the heart of the city along the East-West axis, connecting Wola with the bridge over the Vistula River and Praga on the other side.

Ulica Wilcza is a street situated in the city center of the South. It runs from Alej Ujazdowskich to Ulica Koszykowej

Warsaw is generally a very safe city thanks to a strong police presence. Sexy, foreign fun can be safe if you keep your wits about you. Prostitution is legal, but many girls are under the control of pimps who make them lure unsuspecting men into the so-called ‘honey trap’. The ploy usually involves a pair of beautiful ladies who will approach and flirt with you on the streets. The girls will then invite you to a bar where the flirting becomes more intense. Shortly after the drinks start to flow, you will be presented a bill amounting to hundreds of zloty. If you refuse to pay, the bouncers will join the fray and demand you to settle the bill. If you don’t have enough money, the group will be more than willing to accompany you to the nearest ATM machine!

The only adult cinema house in Warsaw is Bizzariusz. It is located in Ulica Nowogrodzka near the Warszawa Central Station. The venue is popular among bisexuals, gays and the straight crowd. There are video booths and a sex shop. It is open from Monday to Friday (10 am-10 pm) and on Saturdays from 10 am to 6 pm.

Street prostitution was rampant about a decade ago. Today street prostitution is not as widespread because most of the girls prefer to work in brothels or private flats. However, you can still find streetwalkers around the train station and along Poznanka Street at night. The nearby parking area behind the Marriott Hotel on Jerozolimskie Avenue 65/79 is likewise frequented by working girls.

Swinger clubs are among the recent modern form of adult entertainment in Warsaw. A couple of notable ones include:

Prostitution is legal in Warsaw as long as the prostitute does not work for a pimp. Operating brothels, prostitution of minors, engaging in coercive prostitution, and living off someone else's prostitution are prohibited. The legal age for a prostitute is 18 years.

As for gays, homosexuality had been recognized by law in 1932 when a new penal code was introduced. The age of consent is 15, the same as that of heterosexual couples. The government legalized homosexual prostitution in 1969. However, same-sex couples have yet to be legally recognized. In fact, same-sex marriage is constitutionally prohibited.

Warsaw has set itself as one of the top nightlife destinations in Europe, thanks to its increasing selection of bars and clubs, each with its own unique style. For the best after-dark experience, alternate between famous hotspots and some of the city’s finest cultural sites, and you’ll have it all: class, excitement, and diversity. Here are some of the venues you ought to check out:

While significant improvements have been witnessed with regard to gay and lesbian rights, LGBT issues generally remain controversial and taboo, sometimes exploited by conservative politicians. Nonetheless, gays and lesbians won’t have a tough time fitting in, although trans visitors will certainly attract some attention.

On the whole, being gay in Warsaw is no easier than being gay in any devout Catholic city. But modern Warsaw is regarded as Poland’s most open city with regard to the acceptance of homosexuality, and most gay and lesbian Poles will tell you that Warsaw is the place with the most gay and gay-friendly venues.

Warsaw has witnessed the opening of a number of new gay bars and gay-popular cafés in recent years. The city now has one of the biggest gay bar scenes in Eastern Europe. The majority of the venues are situated in the city center, specifically in Śródmieście district.

Male sex workers in Warsaw are much more discreet and hidden compared to female sex workers. They usually advertise their services online.

You won’t find any transsexual brothels in Warsaw as the majority of transvestite escorts work on private flats and seek clients online. The hourly rate of a t-girl escort in the city costs around 200 złoty or 50 euros.

One of our moderators will update the Warsaw Adult City Guide and keep on improving the guide for visitors.