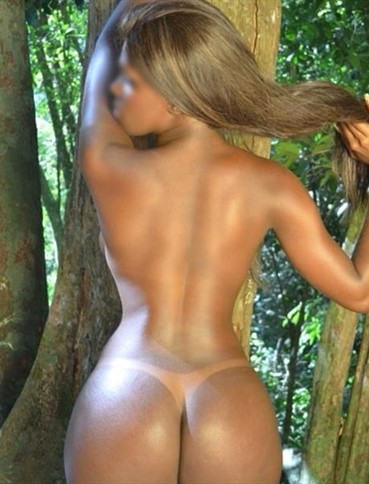 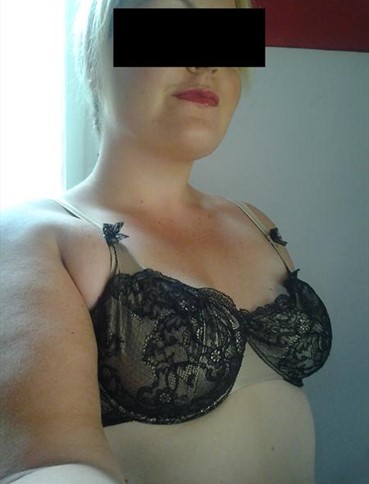 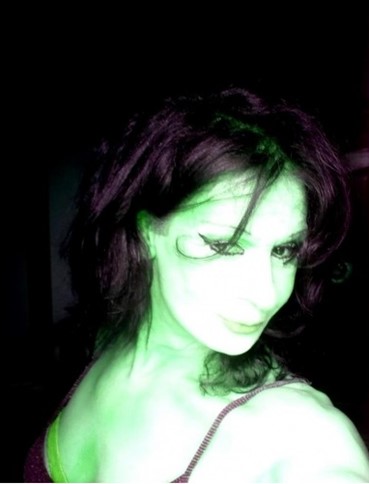 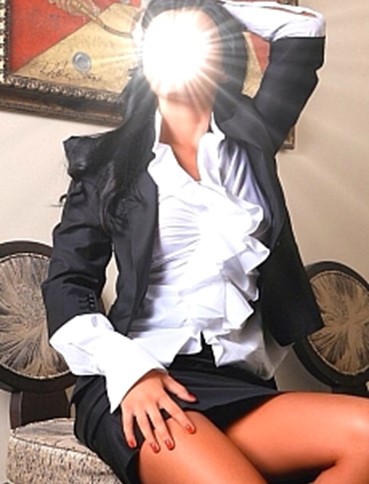 +393200144058
Simona is a beautiful italian model, sensual, sweet and passionate. She is the escort of the highest level, intelligent and educated. Personal hygeine, reliability and confidentiality are important for me. I also available parties and meeting.
Asija (36) PREMIUM
Shemale / Transsexual Independent Naples Escort
Asija Robin is a true transgender. I am based in Salerno and on tour in Rome and Milan, allowing you to enjoy moments of relaxation and pleasure. No hurry, you always amaze do everything with passion. Superb transgender from the real beauty and seductive, very talented and sexy. You are not able to forget! I am lover of fantasies and foreplay, with dream body if you like beautiful transgender female, sensual, sweet, loving details.
+393661453292

+393661453292
Asija Robin is a true transgender. I am based in Salerno and on tour in Rome and Milan, allowing you to enjoy moments of relaxation and pleasure. No hurry, you always amaze do everything with passion. Superb transgender from the real beauty and seduc...
Marika (45) PREMIUM
Female Independent Naples Escort
Before you call me make sure you have carefully read my costs and conditions, so both will save our precious tempo.grazie Who, among you, deserves eternal life? MH the answer is simple: No one! We are forced to experience the pleasure of experiencing life in a hurry all the way every single day. Do not waste any more day and come and discover the pleasure of my company. My name is Marika, a mind exotic and voluptuous physique of a Nippo-Brazilian forties who will show you the best of both worlds.
+393271531066

Naples, the city capital of the region of Campania is situated on the west coast of South Italy. It covers approximately 117 square kilometres and is the second most populated metropolis, after Milan. Some 975,260 people resided within the administrative limits, while around 4 million lived in the metropolitan area.

The recorded history of Naples started in the 7th century BC when it fell under Greek rule. Later, the city also became a Roman colony. No wonder Naples has become known as a magical place where culture and history are intertwined, and where tourists can enjoy a multi-faceted vacation in what has been dubbed as Italy's most unlikely masterpiece.

Piazza Garibaldi is a rather tumultuous part of Naples, characterized by street market sellers and frequent traffic congestion. When night falls, the area transforms into some sort of a red-light district. However, prostitution in Piazza Garibaldi is nothing like the officially designated red-light districts in major European cities. The area is largely dominated by female and transsexual street prostitutes.

Prostitution has also spread to Corso Umberto, heading South via Gianturco, Piazzale Tecchio, and St. Paul Park via Nuova Agnano and Terracina. Female prostitutes are mostly found in Vasto and Poggioreale, while transgender prostitutes are concentrated in the areas of Agnano, Corso Lucci, and Fuorigrotta. The majority of the girls are immigrants who barely speak Italian. They normally work 12-hour shifts and most have pimps who closely monitor their every move.

The invasion of Italy aggravated the problem of prostitution during the 1940s. Naples emerged as the primary staging ground for Italian offensives and the main rest and recreation center for Allied troops. Wine flew freely, girls were plentiful, and the GIs discovered the relief that Latin women could provide even with the most casual sexual encounters. An American official was quoted as saying that prostitution became the means through which women supported themselves and their families.

The severity of the sexual issues that faced the Allies in Italy was put in the limelight when US Army medical officers conceded defeat to the prostitutes in their battle against venereal diseases. The situation was so grim that the fatalities from sexual infection exceeded those from the battlefront. In response, ‘Casanova Camp’ treatment centres were established to keep the troops in and the prostitutes out.

Piazza Garibaldi is the square located in front of the central station. It is accessible by lines 1 and 2 of the metro, as well as the Circumvesuviana train and the tram system. The area is just 5-10 minutes by taxi, with the nearest taxi stand located in Piazza Sonnino.

Naples in general and specifically the Central Train Station at Piazza Garibaldi is infamous for pickpockets, scammers, and luggage thieves. Be particularly careful when commuting using the Circumvesuviana train.

In most instances, taking simple precautions reduces the risks and will allow you to travel in safety. Here are some tips:

In most cities, commercial sex takes place in designated red light areas and in upscale brothels. In Naples, the majority of prostitutes are streetwalkers who are mostly African migrants. There are also some Eastern European women, Roma Gypsy hookers, and high-end escorts who typically work in private apartments.

Some adult shops in Naples feature sex cinemas. Here are two of the most prominent ones:

Streetwalkers can be found in Naples, particularly at night in the area surrounding the La Costiera hotel on Via Domitiana, just south of Lago Patria. The girls are mostly black and normally hang out right across the street from the hotel. Most of them charge 50 euros for full service. African street hookers are very fluent in English and they usually roam the side streets of Piazza Garibaldi. Sometimes, in the centre of the square itself, you’ll find Romanians and other whores from Eastern Europe. They will take you to private rooms and will charge about 50 euros. However, they are also willing to be taken to a quiet corner or a dark alley for a quickie.

Prostitution is legal as long as it is based on a contract between a prostitute of legal age (18 years) and an adult client. Loitering is allowed but soliciting or openly inviting potential clients on the street is illegal. The law prohibits third parties from commercializing prostitution in any way. Hence, pimping and the operation of brothels are illegal. Prostitutes are not allowed to collectively rent an apartment or house to ply their trade.

Migrants who have work or residence permits may work as prostitutes. Police officers cannot revoke their residence permits and start any deportation procedures. Work permits are issued for one year to migrant dancers in entertainment clubs. Sex work is prohibited but nude dancing is tolerated.

The penal code has been amended to impose penalties for recruiting, organizing, promoting, or profiting from sexual services rendered by an individual under the age of 18, or for those promising any type of payment for a sexual act with an individual between 14 and 18. The law also prohibits libertinaggio (i.e .solicitation constituting offence or harassment) which is punishable by up to 15 days imprisonment. Although the age of consent is 14, paying for sex with teenagers between 14 and 17, regardless of consent, is considered a criminal offense punishable by up to three years’ imprisonment.

Italy has a new legislation that classifies child exploitation as slavery and imposes a 12-year prison sentence. This law also criminalizes the sexual exploitation of individuals under the age of 18, including cases wherein the offences occur overseas.

As for members of the LGBT community, both male and female same-sex sexual activity was legalized way back in 1890, but same-sex couples and families headed by same-sex couples are not entitled to the same legal protections provided to opposite-sex couples. Transgenders have been permitted to change their legal gender since 1982. Discrimination relating to sexual orientation in the workplace has been banned since 2003, but the government has yet to enact additional anti-discrimination laws pertaining to sexual orientation or gender identity and expression.

Naples is a dynamic city with a matching cultural life. More than just tenors and mandolins, the city boasts one of the most manic nightlife scenes in Italy. A large student population means there are lots of bars where you can enjoy molten black coffee or simply strike up a conversation. There are several places on Via Paladino that fill up with Naples’ student population. The Amedeo, dei Martiri, and San Pasquale piazzas all have lots of cool places to choose from.

However, it isn’t just students who love the nightlife. All Neapolitans have a passion for the theatre which means the city hosts world-class opera, live musical events, theatre, and dance productions. During weekends, the piazzas are packed with people drinking beers, particularly in summer. Clubs normally open at 10:30 pm and fill up shortly after midnight. The popular ‘disco bars’ are a must see and your first stop should be at ‘centro storico’, which brims with fantastically seedy venues that are a part bar and part club.

It’s common to see men linking arms as they walk down the street together, young men with their arms draped around each other, even adolescent boys putter up to one another to hug and cheek-kiss their pals hello. The point is that such actions are tolerated and won’t raise any eyebrows. Just refrain from snogging and making out in public.

Neapolitans have increasingly accepted same-sex couples over the years, and homosexual sex acts are completely legal. Also, they are generally much more affectionate in public than Americans, Brits or Canadians. The main gay district is located near Plaze Bellini, a square dotted with sidewalk cafes. One of the most popular is Caffe Letterario Intra Moenia, a stomping ground for local artists, academics, and writers.

There are some gay cruise bars in Naples where you can get some gay action.

One of our moderators will update the Naples Adult City Guide and keep on improving the guide for visitors.