Candy Shop Escorts PREMIUM
Dortmund Escort Agency
+491614260466
Candy Shop Escorts is a top Manchester agency with reaches across the North West for any and all looking for affordable companionship services. We have a full gallery of diverse women, amazing in their own way and devoted to providing a memorable exp... 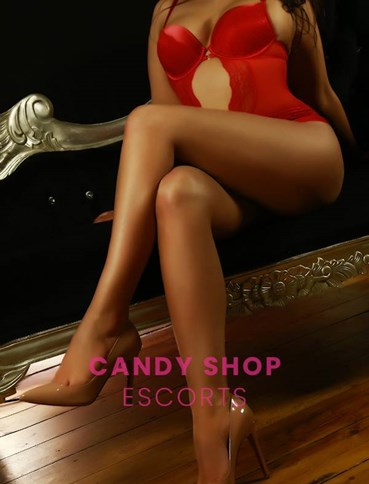 +491614260466
Candy Shop Escorts is a top Manchester agency with reaches across the North West for any and all looking for affordable companionship services. We have a full gallery of diverse women, amazing in their own way and devoted to providing a memorable exp...

Dortmund is situated on Ruhr’s northwest edge and is home to more than 570,000 inhabitants. The largest city in Germany is Westphalia’s cultural and economic centre.

Almost half of Dortmund is covered with greeneries. Notable parks include Westfalenpark, Botanischer Garten Rombergpark, and Fredenbaumpark. Other best tourist spots are Zollern Colliery, Florianturm, and St. Reinold’s Church. The people of Dortmund are avid football fans and have their own club known as the BVB (Ballspiel-Verein Borussia). The BVB stadium is also the biggest stadium in Germany.

Expect to be greeted with girls working behind Dutch-style doors and open windows on the northern portion of the entrance particularly in Studio X.

The business of sexual services began as early as 1904, where the area of Linienstrasse became the go-to place for those looking to avail adult services. Prostitution continued to thrive during the influx of clubs, brothels, and other adult venue structures. The steady progression became apparent when new options to get adult services were introduced. The city installed sex drive-in or sex boxes in the year 2001. This concept came from Zurich, Switzerland and was adapted by other cities. The site in Dortmund, however, was not much of a success, leading to its closure in 2007.

Today, the sex trade predominantly happens in Linienestrasse, where negotiations are done through windows.

It is easy to find Linienstrasse, as it is situated in the vicinity of the city’s main railway station (Dortmund Hauptbahnhof). It where one can find Studio X, a very noticeable sex shop/cinema in the city.

Most of the cities in North Rhine-Westphalia (like Dortmund) are safe even in red light districts like Linienstrasse. Still, basic safety precautions are essential. It is also advisable to adhere to the rules of the adult venues. Travelling with a companion is advisable, especially when going to unfamiliar places. Petty crimes may occur in some busy areas, but overall, there isn’t much to worry about with regards to security.

Many parts of Germany offer a lot of adult entertainment options and Dortmund is one of them. Its red light district, Linienestrasse is the central location of the adult-themed business in the city. There are strip clubs and bars, as well as brothels like the Pauschalclub that aim to satisfy sexual pleasures.

While prostitution is legal in the country, some parts of Germany have off-limits zones for street prostitution. The city of Dortmund specifically closed the area dedicated for street workers in 2011. Linienestrasse is mostly where prostitution in the city takes place.

Another good option for visitors or those travelling alone is hiring an escort in Dortmund. The city offers a number of escort agencies featuring the best courtesans.

Hornbachschleife, also known as HBS, was the place dedicated for street prostitution in Dortmund, but the authorities closed it down in 2011. However, tourists can still find a few street prostitutes from Romania and Bulgaria in the area. This is why it is best to consider other options like escorts and brothels, especially in Linienstrasse.

Tourists who will walk through Dortmund’s Linienstrasse can expect to see women behind open windows. Clients can choose from the line-up of girls, offering different kinds of adult services. Customers can negotiate for the price, with some charging 20 to 50 Euros, depending on the service.

On the northern side of the city’s red light district, there are signposts prohibiting the entrance of those who are under 18 years old. But, they have not entirely controlled this situation as there isn’t enough basis for the said prohibition.

Prostitution has been legal in the country since 2002. Evidently, Germany’s sex industry flourished since its legalisation with reports suggesting that more than one million men in the country pay for sex daily.

Germany legalised prostitution to recognise it as a form of a job and to improve the condition of sex workers. It is important to note that while it is legal, exploiting prostitutes is a criminal offence. It is also not legal to avail services from those who are younger than 18 years old.

Operating a brothel, meanwhile, is legal, but admitting sex workers under 18 is not allowed. The same is also true for influencing or encouraging individuals under 21 to work as a prostitute.

When it comes to LGBT laws, registered partnership is allowed, but not same-sex marriage. The partnership gives community members the right to a name change, health insurance, immigration, alimony, and others. Since 2005, same-sex step adoption has been legal. Transgender individuals, furthermore, can change their genders without needing surgery or sterilization. Access to IVF is not legally binding, but lesbian couples can work with physicians and sperm banks for this matter. Most importantly, LGBT discrimination is frowned upon.

Dortmund offers some of the best nightlife spots in the country. Ruhrgebiet is the party capital of the city and its entire region. There are plenty of venues to choose from including bars, clubs, pubs, and discotheques.

Germany has a liberal attitude towards homosexuality. Gays are pretty much very open in Dortmund with LGBT celebrations attracting participation in support of the gay community. Cologne may be the LGBT capital of the country, but this city still has a gay scene that is worth visiting to.

Dortmund may have a small gay scene, but tourists can relax and have some fun in a few of its gay bars, clubs, saunas, and hotels. Sidi Club is a well-known gay club in Burgwall 17 and is one of the most popular venues for gays and lesbians in the city. It hosts cabaret and travesty shows, and other worthy and interesting events.

Germany is a gay-friendly country, and this includes most of the regions and cities like Dortmund. Same-sex marriage is not allowed, but a registered partnership is. Members of the community can also openly serve in the army, without discrimination based on sexual orientation. The country, furthermore, has decriminalised homosexual behaviour since 1969. Laws pertaining to the LGBT is reflective of how the community treats them in Dortmund.

Gay and Transsexual Prostitution in Dortmund

There is no specific information on where to find gay and transsexual prostitutes in the area. It is believed that most of those who offer this type of service post advertisements on the internet.

One of our moderators will update the Dortmund Adult City Guide and keep on improving the guide for visitors.