Escort Lorie (25) Nice
Located on the stunning French Riviera, the chances are any escort in Nice will leave you feeling very impressed with their equally stunning looks. At night, the best places to spot Nice escorts are around clubs such as Le Before, Liquid and Atrium. Rue de France has a reputation for being a good place to come across an escort in Nice, or you could wander down the Promenade des Anglais at night where you will find more than the occasional escort or prostitute. If the weather is good, why not try your chances along the 4km of glorious beach which runs along the southern side of Nice.
×
{{sspType}} V
City Guide V X 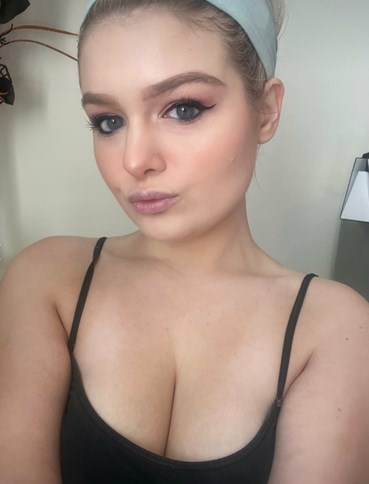 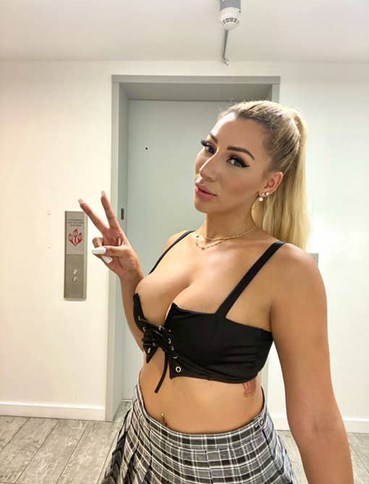 Positioned on the French Riviera in Provence-Alpes-Côte d'Azur, south of France on the Mediterranean Sea is the French city, Nice. It is the fifth largest city in France and it is tagged as the unofficial capital of Côte d'Azur. The city extends to 71.92 km2.

Nice is a bewitching coastline city that attracts sunseekers with its spectacular seaside location. The city has quite a gritty underside with a year-round sunshine. This city is all about its various markets, the old town vibe, exquisite architecture, and fine restaurants.

There is no official red light district in Nice. Yet, there are areas that around the city where many sex workers wait on the side of the road waiting for potential clients.

France has a long history of accommodating the act of prostitution. As early as 1770, a collection of guidelines with regards to this profession was published with the goal of taking control of it. Sex workers were mandated to register and work in publicly run and controlled brothels. These establishments were then called as Maisons de Tolerance.

Most beginnings of cases of prostitution tend to have a connection to a war that transpired in specific places. In France, for instance, the sex industry continued to progress and the number of sex workers had soared high during the First World War, as prostitution had long started in the country. The end of the combat inevitably brought a decline in the said industry. However, the operation of brothels continued to the point that military had gained control over it. The relationship between the army and local pimps somehow played a role in the ongoing business. Up to this day, despite the law criminalising prostitution, prostitution continues to exist.

Walking along Promenade des Anglais can pose risks especially during nighttime. Be wary of troublemakers who might follow and harass you. Foreigners tend to be the primary victims of these culprits. If you happen to encounter such, enter the premises of the closest establishment and seek help. Make sure to be cautious at all times when going around the city.

There still exists a good street prostitution scene in Nice. However, it has gone into a decline over the past years as more people now prefer to hire escorts, either those work independently or those affiliated with escort agencies. If you want to take the course of going for street workers instead, here are the possible areas on where to find them:

As of 2016 until the present time, prostitution is legal but paying for sex is not. France has followed 4 other European nations that have criminalised the purchase of sex. The highlight of the new law and the one that caused the most controversy is fining clients who are caught paying for sexual services. They will be fined up to €1,500 and up to €3,750 for repeat offenders. Those caught doing so will also be forced to attend classes that emphasize the ugly side of prostitution as well as the issue of human trafficking. The bill also aims to help sex workers who are in need of protection and assistance. The country also tackles the growing population of foreign workers in the sex industry by offering them residency permits if they accept the exit program. The Sex Workers Union has rather called this part of the bill as a form of blackmail.

The LGBT rights in France are considered traditionally liberal and one of the most advanced. France is the 13th country across the globe to legalise same-sex marriage. Laws prohibiting discrimination on the basis of sexual orientation have also been enacted since 1985. Transsexuals have also been given the right to change their legal gender. France also happens to be the first country to declassify Transsexualism as a form of mental illness.

While larger cities have a more prominent LGBT community, Nice does not fail to offer a friendlier and welcoming impression to its gay visitors. Here are a few of the gay bar and lounges in the city.

Nice has rapidly become the second most gay-friendly in France, behind Paris. As the French put it, “le pays des droits de l'homme”, or the country that invented human rights. However, it is also steeped in the tradition of meeting familiar expectations. Luckily, the French are also known for their expression “Laissez-faire" which is reflective of how they perceive the personal lives of other people. Although sharing the fact that you’re a homosexual will mostly be met with blank looks, such is not the case with foreigners. Throughout the years, the American culture has had a significant impact on this matter. The Gay Pride, for example, has been attracting a huge following.

It is safe to say that homosexual visitors are unlikely to face any indications of homophobia. You can fairly expect tolerance from the locals.

Gay and Transsexual Prostitution in Nice

For gay and transsexual escorts, you can find online sources that have contact information as well as profiles for you to browse and decide on who to hire

One of our moderators will update the Nice Adult City Guide and keep on improving the guide for visitors.