Aljona (26) Tallinn
Tallinn is not only the capital city of Estonia, but it is also regarded as the country’s sex hub. Ironically it does not have an official red light district but there are lots of underground brothels, strip clubs and massage parlours operating in Kesklinn, the Old Town, and other districts. There are also hundreds of Tallinn escorts and the majority of them are affiliated with established agencies. The average rate is €100 per hour, although some escorts offer their services for as low as 50€ for one hour and €25 for a quickie. Majority of their clients are primarily tourists from Sweden, Finland, and other European nations, along with local Estonian and Russian men. If you plan to hook up with an escort in Tallinn, simply go online and visit the website of the various agencies to find the contact details.
×
{{sspType}} V
City Guide V X

+447451216427
I’m a fun and bored young lady, always ready to have fun.HMU
Nika (37) PREMIUM
Female Independent Tallinn Escort
Nika real
+37258315693
Hello! Im an independent escort available to entertain gentlemen. You can visit me in my city or I can accompany you on business trips or vacations. Your time with me will be very exciting and of a superior quality. Its a great pleasure and privileg...

Natural bust and tight pussy +3729006880
+3729006880
Hi ! My name is Elena and I am verry excited to meet you. I am sexy, seductive extremely playfull. I can be the woman you always wanted and desired. Sophisticated, easy to talk too I am will make you feel highly aroused. Eng, Fin, Rus. Only calls, e-...
Viktoria (25) PREMIUM
Female Independent Tallinn Escort
VIP girl
+3729005225
Hello gentlemen. Welcome to my profile ! I am new in town and I would love to discover true adventure, full of passion and madness! Believe me, I am a sexy woman and sweet, with a well defined body, full of energy and humor. I am friendly, sociable ... 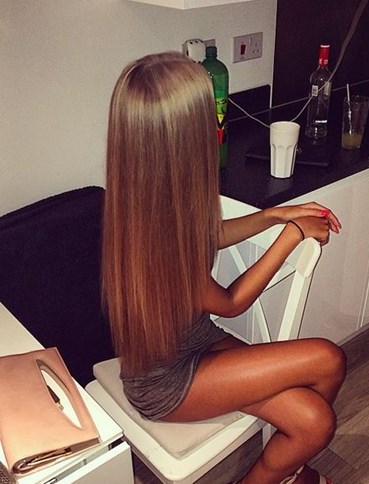 VIP girl
+3729005225
Hello gentlemen. Welcome to my profile ! I am new in town and I would love to discover true adventure, full of passion and madness! Believe me, I am a sexy woman and sweet, with a well defined body, full of energy and humor. I am friendly, sociable ...
Aljona Aljona
+3729003223
+3729003223 Aljona Female Independent Tallinn Escort
Hello ! I am sexy, intelligent and friendly girl. I have beautiful face, sexy body and big breast. I want to meet nice man and spend amazing time together. I can make good massage to you, have nice conversation and fantastic sex. I seak English and F...
Latoya Latoya
Latoya Female Independent Tallinn Escort
I need Full Satisfy. I need pussyy eater and hard fucker...I am so horny. Waiting for someone who can satisfy me. I am open-minded...I stay Alone In My Home. Email me here.
EVA EVA
+37258322422
+37258322422 EVA Female Independent Tallinn Escort
NEW GIRL!MY SERVICE,ESKORT,RELAX MASSAZ,SEX,...+37258322422.

Tallinn, the capital city of Estonia is positioned on the northern side of the country. It covers an area of 159.2 km2 and has a population of over 440,000. The metropolis is the cultural, educational, financial and political centre of the country of Estonia.

It is referred to as the Silicon Valley of Europe since it has the highest number of start-ups per person in the region. Tallinn also holds the merit of being ranked as one of the top ten digital cities in the world.

Although the capital city of Estonia has no known red light district, adult entertainment venues do exist and are only shared to interested individuals through word of mouth. These establishments are thought to coexist with other businesses like storefronts and touristic attractions.

The sex scene in Tallinn is discrete and only a handful of escort agencies advertise their services in public. However, the city has its line of entertainment venues such as massage parlours and strip clubs. The customers of the sex business in Tallinn are mostly visitors from Sweden, Finland, and other European nations and also local Estonian and Russian men.

Try to take a leisurely hike from Viru Keskus to the center of Old town. You’ll likely see some streetwalkers. It is also worth checking out Söle Street, particularly during Friday and Saturday nights because you might likely spot prostitutes in the area.

Prostitution in Tallinn is legal but organized prostitution such as pimping and operating a brothel is deemed illegal. The minimum age for a prostitute is 18. As for the accompanying fines and penalties, a fee or up to three years of imprisonment waits to those individuals who will be caught pimping or providing premises for the purposes of prostitution. There is a fine of up to 5 years of the sentence that will be imposed for those involved in the prostitution of an individual younger than 18 years old.

Same-sex sexual activities are deemed legal in Estonia. Since the start of 2016, same-sex couples have gained acknowledgement referred to as a cohabitation agreement which postulates similar legal protections enjoyed by opposite-sex couples, excluding marriage, surrogacy, and full adoption rights. Most consider Estonia as the most liberal former Soviet nation in terms of gay rights.

Tallinn nightlife is bursting with activities all year round, with lots of events scheduled every weekend. The city has dozens of dedicated nightclubs hosting some of the finest local and international DJs. There’s a different entertainment venue on every corner, with most bars and cafes staging regular gigs on weekends. No wonder Tallinn is considered the hen and stag party capital of Europe. Whether it’s funk, dance, electro or rock music, you’ll surely find a nice place to hang out, relax and have fun in the city of Tallinn.

The gay scene in Tallinn is not large by any means, but it does not necessarily mean that those planning to play around with local queers will be left wanting. According to Helen Talalaev, a board member of Estonian Gay Youth and the director of the OMA LGBT information center, the attitude towards the Lesbian, Gay, Bisexual and Transsexual community is increasingly becoming more caring and tolerant. However, it cannot be contradicted that there is still ignorance about homosexuality so there is still substantial discrimination. In this regard, Tallinn is a typical Eastern European city where homosexuals may still encounter prejudice and discrimination.

While gay tourists visiting Tallinn may feel a significant difference in Estonia in reference to the nation’s openness toward gays, travellers have little or nothing to fear with regard to gay-bashing. Nevertheless, prudence is a good defence and one still practiced by most of the gay-oriented nightclubs in the city.

One of our moderators will update the Tallinn Adult City Guide and keep on improving the guide for visitors.