Leeds Escort (24) Manchester
One of the UK’s largest cities is a great place to visit and to find yourself an escort. Manchester girls are both local, Asian and from many of the Eastern European countries, so Manchester escorts will give you plenty of choice. Venus, Tiger Tiger and The Circle Club are some of the trendiest places to go for the nightlife, but if you want to find an escort in Manchester, then try the more exotic clubs like Long Legs, Obsessions and Silks Gentlemen’s Lounge. You will also find classified adverts for an escort in the Manchester Evening News, or you could always pay a visit to the red light district in Moss Side.
×
{{sspType}} V
City Guide V X 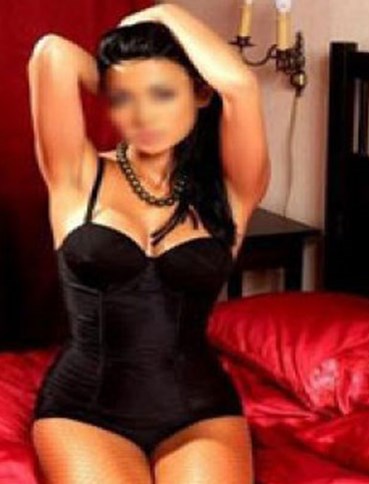 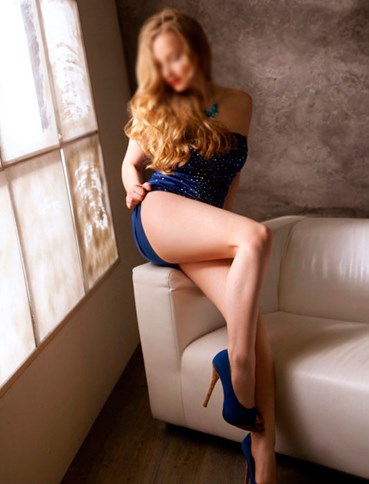 +447472436215
Hi i am a girl of Manchester working as escorts and dating girl. If you need adult services in Manchester with best agency Manchester incalls escorts or visit-http://www.manchesterincallsescorts.co.uk/.
Indigo Nile PREMIUM
Manchester Escort Agency
447757711250
Indigo Nile is a boutique escort agency offering incalls and outcalls to clients in the Greater Manchester area.We're known for having some of the finest escorts in the city, who are as skilled, intelligent and entertaining as they are attractive.Along with a core of particularly popular regular superstars, we also have a constantly updated series of sexy ladies who visit us. If you'd like to know more, don't just click on the photos on their profiles - pay us a visit to our website, where we have loads more information and photos of each of our starlets.

447757711250
Indigo Nile is a boutique escort agency offering incalls and outcalls to clients in the Greater Manchester area.We're known for having some of the finest escorts in the city, who are as skilled, intelligent and entertaining as they are attractive.Alo...
Ava (42) Agency Escort
Female Manchester Agency Escort (Member of Secrets Escorts)
Escort in Liverpool
+441617986769
I am 36 years old professional, hot, sexy and mature escort in Manchester. Book me for full night and enjoy. I have awesome figure and personality. Play all type of services with me. 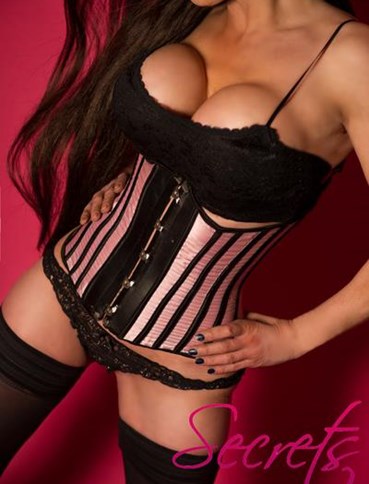 Escort in Liverpool
+441617986769
I am 36 years old professional, hot, sexy and mature escort in Manchester. Book me for full night and enjoy. I have awesome figure and personality. Play all type of services with me.
Amanda Yarbrough (26) Agency Escort
Female Manchester Agency Escort (Member of binaca121)
Manchester Escorts,Escorts in Manchester
+447714751335
hello friends my name is AMANDA and i am a escort girl live in Manchester and working with City Incalls escort agency i m just newly joining escorting and i am fresh escort girl just like fresh flower bud , I would love your company. I'm 10% perce...

Manchester is a city in northwest England. It covers an area of 56.3 square kilometres and has an estimated population of 530,300 as of 2015. Its recorded history began with a settlement related to the Roman fort of Mamucium which was founded in circa 79. The city then started to expand quickly during the 19th century as more people arrived from Ireland, Scotland, and other areas. By 1835, Manchester was considered as the greatest industrial city in the world. Today, it is a major hub for culture and commerce, viewed by many as the ‘capital’ of northern England and the UK’s ‘second city.’

Manchester has several areas that are very identifiably red light zones, the most popular being the following:

Roughly three centuries ago, Angel Meadow was a picturesque landscape with stunning vistas over fields and hills. The name evokes an image of some pastoral lull, but by the mid-19th century, it had become one of Manchester’s worst slums. A London-based journalist named Angus Reach visited Angel Meadow in 1849. He described the area as the filthiest, most unhealthy and most wicked locality in Manchester. It is teeming with cellars and inhabited by prostitutes, cadgers, tramps, thieves, and vagrants. Bounded by Cheetham Hill Road, Gould Street, Miller Street, and Rochdale Road, Angel Meadow covered 33 acres on the fringe of the city centre. Its population was composed predominantly of indigent Irish who had fled the Great Famine to find a livelihood in Manchester but found themselves in shabby conditions in cellars below lodging houses. Over time, sex workers fanned out and their legacy still lingers in Manchester’s red light districts.

Fairfield Street is located just south of the Piccadilly Station, the primary railway station in Manchester. Cheetham Hill Road is located north of the city centre and stretching west towards Strangeways.

Manchester is generally a safe place, especially in the commercial areas and tourist hotspots. However, the same cannot be said for the red light districts, especially at night. Refrain from going out alone and dress conservatively. Keep your wits about you at ATM stations and don’t hire unmarked taxis.

In case you wander into a less welcoming area, you must be cautious of street gangs hanging around. If you encounter a group that looks suspicious, walk the other way or try to walk past them quickly and behave in a manner that they won’t perceive as confrontational or disrespectful. These include eye contact or inadvertently brushing past them with your shoulder.

Whether you are on a stag night, celebrating a special occasion, or just fancying a night of adult entertainment, Manchester certainly has a lot to offer. A favourite among businessmen, stags, and locals, the city is beginning to make a name for itself in the escort service industry. In fact, it is starting to catch up with other major cities like London and Birmingham. The escorts that most of the reputable agencies provide are some of the most gorgeous and classy women in the city.

Manchester has also emerged as something of a centre for indoor prostitution and "reliable" massage services in the United Kingdom. Technically, the sex industry is illegal but local newspapers are full of advertisements. There are also the typical adult venues like strip clubs, swinger clubs, sex shops, lap dancing bars, adult cinemas, among others.

The number and range of street hookers are not as good as it used to be because of the recent police crackdowns. The remaining street prostitutes can be found in the following:

The more popular swinger clubs in Manchester include Adam & Eve’s at 206 Liverpool Road, Eccles, and Cupids at Sutherland Street, Swinton.

The laws around prostitution are far from being straightforward. Prostitution itself is not illegal, but a series of laws criminalizes activities around it. Kerb crawling, pimping, pandering, owning/managing a brothel, and "persistent" solicitation in public places are strictly prohibited. Throughout the United Kingdom, it is illegal to pay for sex when it involves an individual younger than 18. Working as a private prostitute or as an outcall escort is not a criminal offence, nor is it illegal for prostitutes to sell sexual services at a brothel as long as they are not involved in the management of the said establishment.

Newspaper advertising has been used because advertising in the local papers is not in itself illegal. However, a newspaper that carries advertising for illegal activities and venues like brothels or establishments where sexual services are illegally offered may be subject to prosecution for money laundering infractions under the Proceeds of Crime Act of 2002. Advertisements placed in phone boxes have been outlawed since 2001.

Prior to April 1, 2010, a prostitute was committing a criminal offense by soliciting or loitering in a public place more than once in a month. Today, she is guilty of a crime if she does it more than once in three months. Sentencing options for loitering include the issuing of a criminal behaviour order, a fine of up to £1000, and the requirement to attend rehabilitation meetings using an Engagement and Support Order.

As for gays, their legal rights first came to prominence after the decriminalization of same-sex sexual activity throughout the United Kingdom between 1967 and 1982.
Since the turn of the 21st century, gay rights have increasingly gained support. Some protection against discrimination had existed for gays since 1999 but was broadened to include all areas under the Equality Act of 2010. Same-sex couples were given the right to enter into a civil partnership in 2005, and nine years later same-sex marriage was legalized in England, Scotland and Wales. Today, gays have most of the same legal rights as straight citizens.

Locals and foreign visitors have lots of choices when it comes to non-adult entertainment nightlife in Manchester. It has one of the most vibrant scenes in the UK, boasting major club venues and live music hotspots. Clubbing takes on several guises, from commercial party night right through to underground dance music clubs.

Manchester has an impressive live music heritage, and the level of talent that flocks to the city on a regular basis solidifies its status as one of the most prominent spots in the realm of rock, alternative, and indie. For those who prefer a more serene night out, the city offers a wide selection of bars, ranging from cosy to downright eccentric. For a more cultural perspective of this amazing metropolis, head to one of the theatres and you’ll surely be amused and entertained.

Manchester is famous for being one of "The Big 3" when it comes to sexual diversity along with London and Brighton. The atmosphere is very friendly and accommodating. It is certainly the gayest and most lesbian-friendly major city in England and it has the most openly visible LGBT community of any key city outside London.

Manchester is very liberal-minded and extremely gay-friendly. Majority of Mancunians have a lenient attitude towards the issue of sexuality and it is rare to encounter homophobia, making Manchester a very welcoming city for gays. The city’s gay community is centred on Gay Village around the Canal Street Area where public houses have had gay clients since at least 1940. New bars and clubs have opened and now attract 20,000 visitors every weekend. The area has also been hosting the annual Manchester Pride since 1991. It is one of the longest-running LGBT festivals in England.

One of our moderators will update the Manchester Adult City Guide and keep on improving the guide for visitors.