Raven London
Being such a cosmopolitan city, your choice of nationality when wanting an escort in London is unparalleled with women from Asia, Eastern Europe, Latin America and the Far Eastern available. London escorts are not difficult to find if you check out many of the city’s great strip clubs, including Spearmint Rhino, Stringfellows, and Platinum Lace. If you haven’t heard of Soho then get down to that area where there are even more strip clubs and brothels plus plenty of adverts for an escort in London. If you don’t want to try out the nightlife in London, you could always pick up a copy of the Evening News where you will find many an escort advertising their services.
×
{{sspType}} V
City Guide V X

Valentina (25) Agency Escort
Female London Agency Escort (Member of Real Party Girls )
Valentina
+442032875525
Hey there, I’m Valentina. I’m 22 years old and have deep brown eyes. Also, I love my body and take great care of it. At the height of 171 cm and the weight of 56 kg, workouts are a must in my daily life. To add to that, I possess a sense of humour an... 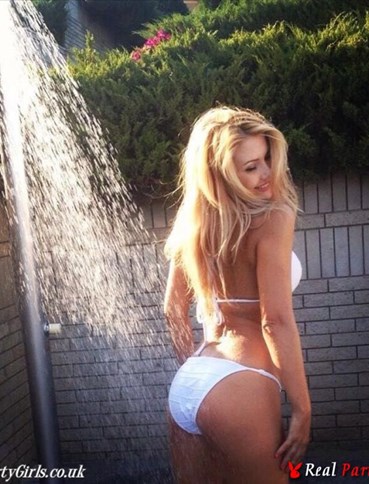 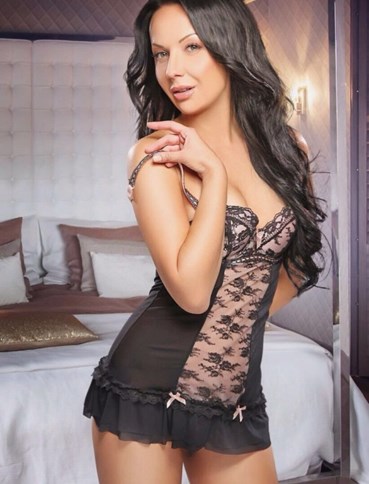 Samantha
+442032875525
My name is Samantha, I’m 27, with long black hair. I’m 170 cm tall and weigh 56 kg. Too trivial of a description, isn’t it? Would you like to get to know me, just like I would you? If you want us to learn interesting things about each other, you can ...
Nicole (31) Agency Escort
Female London Agency Escort (Member of Real Party Girls )
Nicole
+442032875525
If I have to use one word to describe myself, it would be “romantic”. That’s the one that suits me best. Otherwise, I’m Nicole and would love to know who you are. As you can see from my picrutes, my trademark is long black hair and deep brown eyes. M... 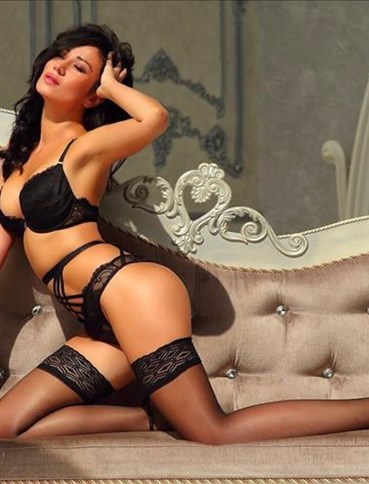 Nicole
+442032875525
If I have to use one word to describe myself, it would be “romantic”. That’s the one that suits me best. Otherwise, I’m Nicole and would love to know who you are. As you can see from my picrutes, my trademark is long black hair and deep brown eyes. M...
Sophia (26) Agency Escort
Female London Agency Escort (Member of Real Party Girls )
Sophia
+442032875525
Traditional is so not my thing. For my 25 years of age one might say I am too frivolous. So, if you are looking for something new, hot and seductive – then I’m it! My name is Sofia and I tower at 170 cm. Blond hair, brown eyes and hot fantasies… This... 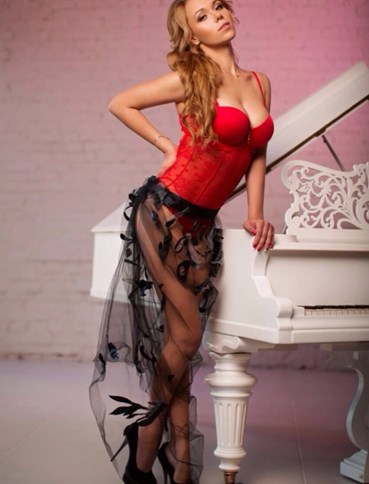 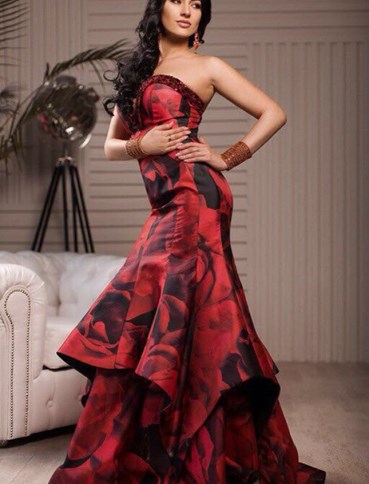 Selena
+442032875525
I won’t lie to you – I am a little bit on the bad side. No topic is taboo for me, nor are there things I would say no to. I’m 24 and my name is Selena. My eyes are brown and my hair – black. I love everything out of the standard and the word “boredom...
Ellie Ellie
Ellie Female Independent London Escort
Welcome to my profile, here's a brief description about myself i will leave the rest for you to explore. So I am a qualified Nurse by profession I’m very much a people’s person which shows with my cheeky, bubbly & caring nature. I have a passion for ...
Valentina Companion Valentina …
+447771859593
+447771859593 Valentina Companion Female Independent London Escort
My name is Valentina and i am an elite independent London escort and travel companion catering to the most discerning and distinguished of gentlemen. Have you ever dreamt of spending an unforgettable few hours with a breathtaking companion, an ep...
Saffron Smith Saffron …
Saffron Smith Female Independent London Escort
My name is Saffron Smith and I'm a full time writer and part time muse based in London. I only recently began escorting and I absolutely LOVE it. As a sensual, passionate woman who thrives on intimacy and meaningful connection, I also feel as though...

London, one of the most diverse cities in the world, is the capital of United Kingdom. It has an area of 1,572 km² and a population of more than 8.6 million people, making it UK’s largest city. It is home to different nationalities and cultures, with more than 12% of Britain’s population living in the capital.

Popular tourist attractions include Buckingham Palace, The Royal Parks, Hampstead Heath, Victoria and Albert Museum, Tate Modern, and the National Gallery. Thousands of restaurants surround the city, as well as shops and stores, making it the best shopping destination in Europe.

Soho is the city’s red light district. It is located on The West End, in the centre of the capital. It is a vibrant neighbourhood and is home to some of the capital’s best restaurants. Oxford Street, Chinatown, Regent Street, and Charing Cross Road border Soho.

Up until 1536, London’s RLD used to be a grazing farmland and then became the Palace of Whitehall’s parkland. It is noted that French immigrants were given permission to build houses and inhabit Soho in the late 17th century. Lack of development and neglect caused many of the people to move and relocate over the next one hundred years. It is said that in the 19th century, music venues, theatres, and working girls started to occupy the city.

The area then became trendy in the early 20th century. The pubs and cheap eateries became popular among writers and artists. It was in the 50s that girls started to fill the streets of the area to lure clients. The Streets Offences Act made it illegal to solicit or loiter for prostitution in public or street, which lead women to start working in bars and clubs.

Soho is located in West End London and is easy to explore on foot. Famous landmarks in the area include The National Gallery, St. James’s Church Piccadilly, Ripley’s Believe it or Not Museum.

The area is exceptionally safe. Soho may have had a bad reputation in the past because of the crimes and seedy bars in the area, but rebuilding efforts have eradicated underground crimes, with a drop in the prostitution industry. Because of this, the main concern in the RLD is the presence of the intoxicated men who might have possibilities of violent outbursts, especially during Fridays and Saturdays.

The UK capital offers a range of adult entertainment venues that cater to clients with different preferences. Striptease clubs are abundant, which are also the perfect place to order a lap dance, spend a boys’ night out, or have a stag night. There are even some private clubs that offer live nude shows.

Selling of sexual services in the streets and other public places is illegal in the UK. The Street Offences Act of 1959 proposed strict rules to control street prostitution. Some reports, however, noted that street prostitutes in the city work in some parts of Tottenham Court Road and King’s Cross.

Prostitution in Great Britain (England, Scotland, and Wales) is legal, although there are a number of activities considered illegal. These include pimping, procuring, operating a brothel, soliciting prostitution in public place, and kerb crawling.

It is an offence to buy services from sex workers who have been forced to enter the industry. Even if offenders did not know about it, they can still be prosecuted. The age of consent in the UK is 16, but it is a crime to pay or avail sex services from those who are under 18 years old.

In England and Wales, there is a legislation known as Policing Crime. It is noted that working privately as a sex worker is not illegal, as well as working as an escort. Furthermore, it is not an offence if women choose to offer sex services in an establishment, as long as there is no issue of venue control and proper management. Selling services in the street, however, is an offence.

When it comes to homosexuality, an amendment to the Sexual Offences Act decriminalises private sexual activities from both men who have reached 21 years old. Same-sex marriage became legal in the United Kingdom in March 2014. A 2015 report from BBC suggested that more than 15,000 marriages took place since the laws changed.

Same-sex adoption in the country is legal. Homosexuals can also serve openly in the military. Blood donation from gay men, on the other hand, is banned for 12 months after having sex. However, the government is set to review this deferral period.

London offers a variety of nightlife entertainment venues for everyone. Some are perfect for a laid-back night, while others are great for a big night out, with lots of drinking and partying. Here are some of the best nightlife venues in the city:

Soho, which is also the city’s red light district, happens to be the main gay and lesbian area. The Old Compton Street (considered the main gay street) is home to notable establishments like G-A-Y Bar. Locals and tourists can choose from lively music venues, bars, clubs and drinking spots. Some venues in Soho close early, while others are open until 3 a.m.

While most of the gay and lesbian scene is centred in Soho, there are venues in other areas like Dalston and Vauxhall. It is easy to find clubs hosting lively parties, especially on weekends.

Several years ago, many have expressed their disapproval of same-sex relationships, believing it is morally wrong. Recent surveys suggest, however, that the people have now acquired a change in attitude towards this. There is now an extensive acceptance of both gay marriage and gay adoption. Reports noted that only one in five individuals oppose gay or lesbian relationships.

Some may still encounter sorts of discrimination, but social acceptance is on the rise. Many are becoming open-minded, with the country legalizing same-sex marriage in 2014. The UK also legalized same-sex adoption and allowed IVF for lesbian couples. The capital, specifically, has a thriving LGBT scene, with different groups and social gatherings for everyone in the city.

Gay and Transsexual Prostitution in London

There is no specific information on where to find gay and transsexual prostitutes in the capital. It is believed that individuals offering such kind of services advertise their business online.

One of our moderators will update the London Adult City Guide and keep on improving the guide for visitors.