G & G Escorts PREMIUM
San Jose Escort Agency
CONGRATULATIONSYOU JUST FIND A RIGHT PLACE!!!!Hello, my name is Johana and thank you for visiting our websiteWe are a group of friends guide-companion looking to meet your needs, based in San Jos√© Costa Rica and covering all our country area.DELIGHTFUL COSTA RICA WITH US....G & G introduce good looking, polite and affectionate guide-companion...Do you plan on visiting Costa Rica for vacations or business, have a some free time and you'd like to spend it with a nice Costa Rican guide-companion ?Do you live here and looking for someone who guide and take care of you in affectionate and sweet way ? 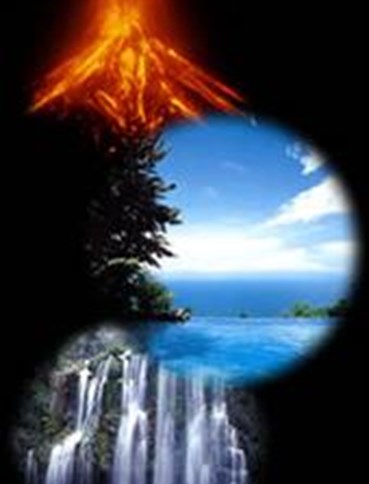 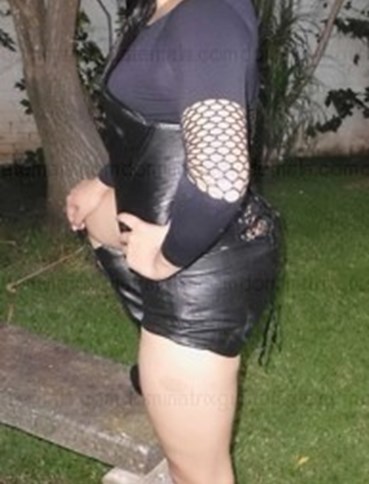 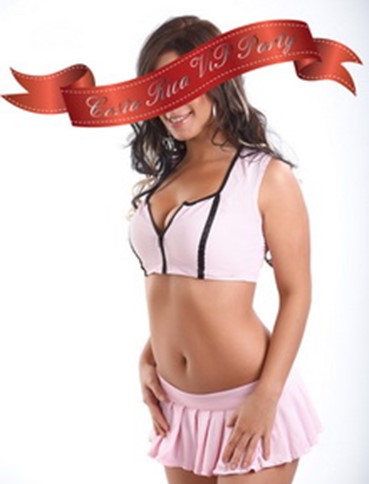 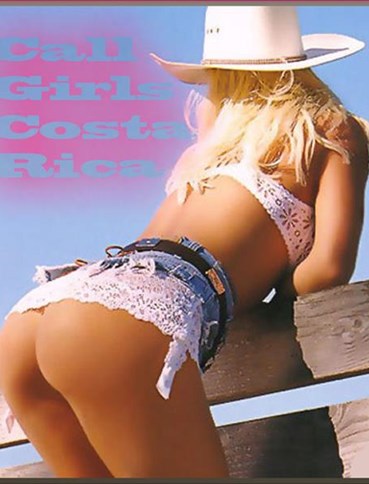 +1 [719] 322 - 2214
Call Girls Costa Rica is an exclusive high quality Escort Agency providing the finest of hand picked elite female companions for a highly professional and luxury service exclusively to the most discerning clients. We provide an unrivaled quality of s...
Kendra Janne (29) PREMIUM
Female Independent San Jose Escort
ME WET ****** IS READY TO TAKE IN SOME GOOD HARD COCK THAT WANT SOME JUICES I OFFER ‘’ INCALL AND OUTCALL AND CARDATE’’ ALL STYLE ARE WELCOME AND I HAVE NO LIMIT ALWAYS ASK FOR MY DONATION I’M READY TO DO WHAT ARE YOUR GF OR WIFE CANT DO I NEED GENTLEMEN TO TEXT ME WHEN YOU ARE READY FOR FULL FUN🤗 I am always cheerful mood 🤩
I’m always available
+15014825409 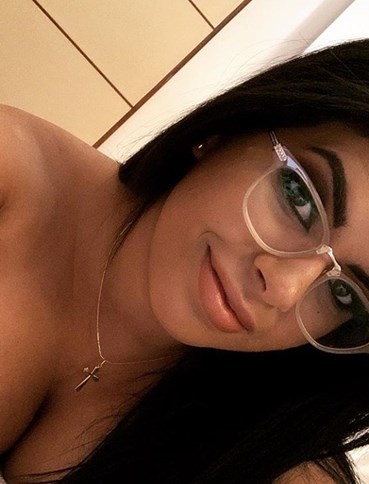 I’m always available
+15014825409
ME WET ****** IS READY TO TAKE IN SOME GOOD HARD COCK THAT WANT SOME JUICES I OFFER ‘’ INCALL AND OUTCALL AND CARDATE’’ ALL STYLE ARE WELCOME AND I HAVE NO LIMIT ALWAYS ASK FOR MY DONATION I’M READY TO DO WHAT ARE YOUR GF OR WIFE CANT DO I NEED GEN...
Nelson Mena Nelson Mena
50689820010
50689820010 Nelson Mena Female Independent San Jose Escort
We specialize in providing top end erotic 24hr Lady Escorts for your Adult Travel Vacation to Costa Rica, be it singles, couples or executive groups desiring a personalized unique experience. We bring to our effortsa fanatical obsession for quality a...

San José is the capital city of Costa Rica and the country’s biggest metropolis. It is located on the Valle Central plateau with volcanoes to the north and the Talamanca Mountains to the south. The city covers 44.62 km2 and serves as home to 333,981 people.

Zona Roja or Red Zone is the generally recognized red-light district located north of downtown San Jose, between Avenidas 5 and 9 and Calles 2 and 10. It is an area where the majority of the “cuarterias” or “pensiones” are concentrated. These are short-term hotels or rooming houses.

The sex tourists are mostly North American middle-class men who go for sex first and then splurge in casinos later. The Hotel del Rey, with its colonnaded lodging and three internal bars, plays a key role as the facilitator for sex tourism. The other hotels and bars merely function as satellites.

On Calle 4 and 6, sex venues disguised as massage parlours dot the two blocks between Avenidas 5 and 9. On Calle 8, women stand by doorways to offer oral sex for a couple thousand Colones, another couple more and you can have intercourse in a room, which is likely where the girl lives. Between Calles 3 and 15, and between Avenidas 1 and 11, a conurbation of ten bars and ten hotels exist, with about 500 independent sex workers.

They never concurrently occupy the same areas. On a single evening, you may find 200 sex workers inside the Hotel del Rey and 50 at Key Largo, just across the street. Smaller venues may have no more than five women at a time. Downtown San José sees about 400 sex tourists in a single day, with most providers charging $100 per hour. Amazingly, the estimated 500 sex workers earn as much as $40,000 daily!

How to Find the RDL

The Zona Roja is near the downtown area beginning a block north of the Mercado Central and in the area of Gringo Glutch where the Hotel Del Rey is located.

Zona Roja is a pretty nasty area where your chances of getting scammed or hurt are high. At just about any time, whether day or night, you’ll find prostitutes, drug dealers, con artists, and other less than friendly folks. Assaults, robberies, indigence and street fights are common in Zona Roja, which has become a refuge for criminal elements who operate non-stop 24/7. Based on official figures, the majority of the crimes take place around the San Jose bus terminal.

The rest of the city and pretty much Costa Rica in its entirety are safe for travel. Buses serve most major tourist attractions and they run on time. The drivers are courteous and professional so don’t hesitate to ask for directions. Most travel guides recommend that tourists buy their bus tickets in advance and try to be very cautious when heading to Zona Roja or the Coca Cola district.

There is an adult movie theatre located on Calle 9. It is hard to miss since it’s on the same street as Del Rey, about five blocks down. There is another one along Paseo Colon, located just across the Hotel Ambassador.

Anyone walking at night in the "red light district" will see silhouettes of people trying to survive in the streets. These estranged shadows are those of prostitutes who signal their presence with the beat of their heels.

Every night, up to 2,000 underage sex workers walk the streets of San Jose or cater to the sexual whims of wealthy clients behind the walls of opulent homes that have been converted to brothels in some of the city's finest neighbourhoods.

The majority of the street prostitutes are minors or women with problems that deter them from working indoors at establishments that are friendly to “working girls” and even transvestites.

Prostitution is legal but sex workers must be over 18 years old and have a health card that indicates how recently they had a medical check-up. Prostitution is actually common and practiced openly across Costa Rica, particularly in popular tourist destinations. However, many of the activities associated with prostitution are illegal as the law prohibits facilitating or promoting the prostitution of any individual. As such, pimping and operating brothels and/or prostitution rings are considered criminal offenses.

Child prostitution is rampant and street children in the metropolitan areas of San José, Puntarenas, and Limon are particularly at risk. Costa Rica serves as a destination and transit point for minors and women who are trafficked for commercial sexual exploitation. Recent findings reveal that most of the victims come from Colombia, Guatemala, Nicaragua, and the Dominican Republic. In response to this social dilemma, lawmakers have redoubled their efforts and unanimously approved the Law Against Human Trafficking, which raised the maximum penalty for human trafficking to 16 years in prison.

The possibility of being approached by underage girls is very high, and some of them can be as young as 12 years old. Keep in mind that authorities don’t care if they approach you or you approach them. If they are under 18 and you engage in any sexual activity, you may become a long-time resident to the tune of 10 years behind bars.

As for gays and the LGBT community in general, they have to deal with legal issues that are not experienced by non-LGBT residents. However, same-sex sexual relations have been legalized way back in 1971, and since 2013, families headed by same-sex couples have been allowed to secure some domestic partnership benefits.

San José has a vibrant metropolitan area and it is at the heart of Costa Rica’s nightlife and cultural scene, with lots to offer beyond the usual tourist-oriented party venues that run the show in the popular beach towns. The city features a pedestrian-only boulevard lined with a wide selection of shops, cafes, and restaurants. At night you can feel its pulsing heartbeat in the festive beats from the numerous salsa clubs.

Costa Rica is a conservative Catholic nation, so the gay and lesbian communities are discreet. They are not subject to discrimination or any form of violence, but many gay and lesbian groups guard their privacy. As such, the club scene is volatile and not well publicized.

Looking at the big picture, San Jose can be considered as a very tolerant city in spite of its religious underpinnings. The majority of the bars and clubs are gay-friendly. There is no sense of animosity and folks simply go about their business as usual.

Most of the gay and lesbian bars, clubs, discos, and saunas are located in the downtown area, so it’s here where the gay scene is concentrated. The venues offer live entertainment, shows, and parties with DJs playing hip-hop, top 40’s, Latin, trance, and techno dance music. These bars are also frequented by tourists, students in general.

There are street boys, but most of those looking for gay sex prefer Craigslist and other social networking sites because they are generally low risk and offer many options. There are bath houses like Club Hispalis, which is arguably one of the best and the largest in San Jose. It has first-rate facilities and features theme nights, live shows and a bar area. The other gay bars such as Bochinches, Club Oh, La Avispa and Pucho's are all great hook-up possibilities. Most gay and gay-friendly hotels offer massage services from boys who are willing to provide 'happy endings'.

Transvestite prostitutes usually roam the streets around downtown bars and clubs. The area may look dingy, but it’s decidedly gay and safe to walk around early in the evening. If you head out to the strip clubs, the trannies can be found on street corners and they are very obvious. They also hang out in Morazon Park and in the vicinity of Amon Plaza.

One of our moderators will update the San Jose Adult City Guide and keep on improving the guide for visitors.