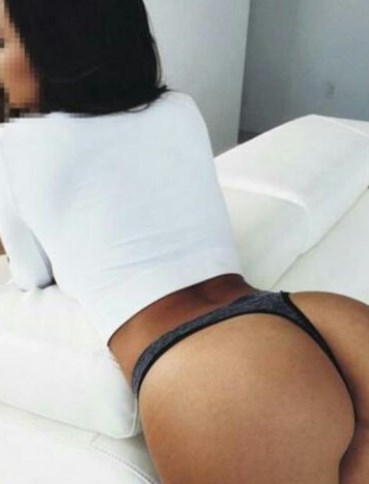 Victoria Minsk
Belarus may be lagging behind notorious sex destinations like Thailand but its adult business has grown bit by bit over the years. It does not have an official red light district but services can still be availed from sorts of venues. Although the options are limited, quality Minsk escorts are still ready to be of service to the interested gentlemen. The adult scene in Minsk is known to be more active during the summer when the selection of escorts can be found on the streets while some of the girls advertise services online. The best way to retrieve information on escorts in Minsk is through the websites.
×
{{sspType}} V
City Guide V X 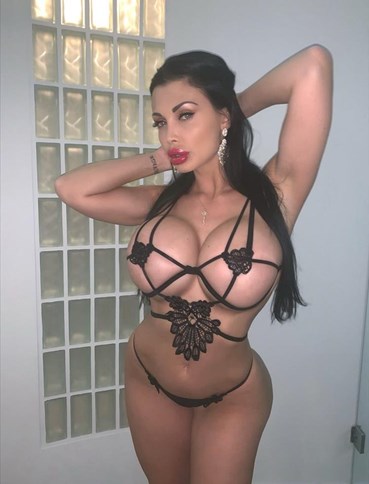 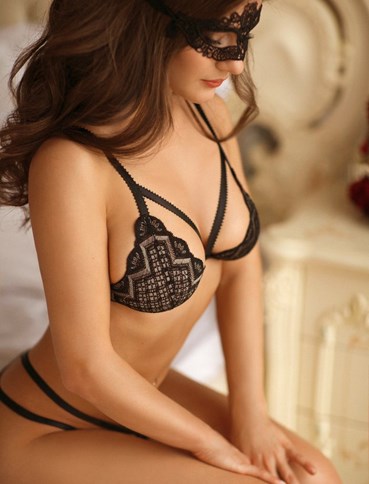 +375256226857
Hello! I am Victoria, a cute young girl who is always ready to meet with a nice intelligent gentleman. Preferance to dates in the hotels. Also I have a girlfriend for duo;) I'm always available on viber/whatsapp, don't hestitate to contact me:*
Adel (32) PREMIUM
Female Independent Minsk Escort
+375291434252
Hello, i am pretty and sexy model. I can make come true your fantasies!!! I am beautiful, charming, sweet and open minder. And i like to make love:) I will be your perfect girl for romantic and sexy date... Telephone +375291434252 e-mail kiskism... 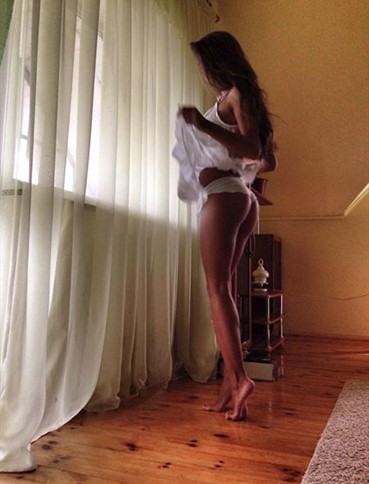 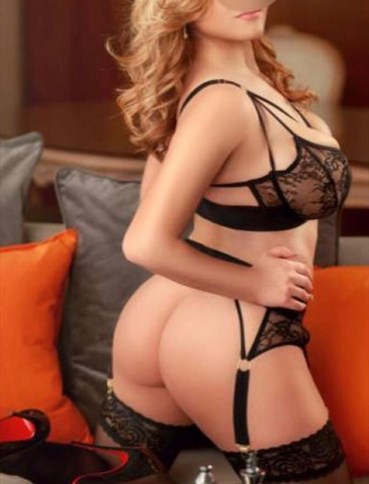 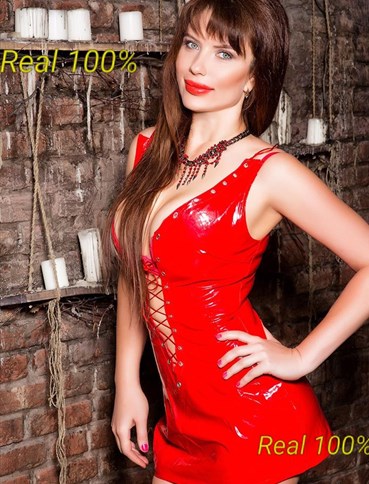 375444877257
Hi, I am blessed to have a perfect figure, stunning offer reliable, high class, discreet, personal services in Minsk creating unforgettable dreams by gorgeous and classy im caucasian , full girlfriend experience, great companionship with endless ple...
Julietta_Minsk_VIP Julietta_Min …
+375291666016
+375291666016 Julietta_Minsk_VIP Female Independent Minsk Escort
If you do not like thin girls, then you to me. You found me! I'm ready to spend a pleasant time with you on your terms. Perhaps escort. Ready to negotiate a meeting in advance. Thank you for your attention! +375291666016 (WhatsApp)
Mistress From Minsk Mistress …
+375256128956
+375256128956 Mistress From Minsk Female Independent Minsk Escort
Session Female domination
Mistress Natali Mistress …
+375299453207
+375299453207 Mistress Natali Female Independent Minsk Escort
Hi . I Misrtess . Like bondazh , fetish, strapon .

Minsk, a historic yet modern metropolis area, is the capital city of the Republic of Belarus. It is also the largest city in the country with an area of 409.5 square kilometers or 158.1 square miles. This economically developed city is located on the main transport routes that connect Western Europe and the East, the Baltic States and regions of the Black Sea. It has a population of more than 1.9 million people, with the city being the economic, scientific, political, and cultural center of Belarus.

This capital city is a pleasant place with excellent museums, architectural monuments, restaurants, cafés, and nightclubs. Minsk is older than other European cities like Stockholm and Moscow. The big parts of the city were destroyed in World War II, but were rebuilt during the Soviet time. The city offers interesting places to visit, especially for those who are interested in the Soviet period. Minsk will surely appeal to visitors of any kind.

How to Reach Minsk

With extensive and convenient public transport system, it is easy and affordable to travel within the city. Subway is often the most convenient way to go around, particularly if there is a station close to the destination. The city has a large railway network, connecting Brest, Moscow, Gomel, and Vilnius.

Tourists can also choose to ride taxi cars in Minsk, which are Volga cars with black and white squares. Buses and trams are also good transport options; the tickets are available at special ticket stands. The highways also connect Minsk with other large cities in Belarus.

Two of the best things about the city of Minsk is that it is safe and clean. Visitors can feel comfortable going around the city, without feeling threatened by any suspicious people. The streets in the city center are also spotless and there are well-cared green spaces. The citizens are also disciplined and law abiding that they don’t even like the idea of jaywalking on an empty street. This is why it is important for tourists to act and behave like locals.

The city is also safer and cleaner than other cities such as Moscow and Kiev. There is also a strong police presence in the downtown area, so tourists can get some assistance when needed. Most of them, however, have a limited ability to speak English.

Minsk has no specific red light district, but prostitution in the city is still present. Compared to other cities like Frankfurt and Amsterdam, the sex scene here is not that big. Adult services are sold at different venues and sex workers operate modestly. This is because prostitution is illegal in the country, with punishments like imprisonment, fines, and administrative arrests.

Adult services are available in some hotels and clubs. Street prostitution is not always common, and many sex workers offer services discreetly. Minsk continues to be an economic center with prostitution operating very inconspicuously.

Sex tourism is also now becoming associated with the country. Women in the capital city offer fun and adult entertainment in nightclubs, casinos, and brothels. Many Belarusians girls are welcoming to clients of any age or nationality. In fact, sex tours in the country are becoming more popular among foreigners.

It is possible to find escorts in Minsk. Clubs and bars with prostitutes are known as kontaktbars. Perfect for travelers who are looking for a fun and intimate encounter, these venues are possible places where you can avail of sex services from escorts.

The girls in Belarus are like supermodels—tall, slim, and beautiful. Most are very friendly and will make an effort to make visitors feel welcome. This makes Minsk a perfect place to meet girls with beauty and brains.

Regular police control has led to a rather limited sex prostitution in the city. Visitors may find some street sex workers along Prospect Skariny from the circus up to the Skoriny Street. There also some women offering adult services near the bus stop, alongside Masherow Avenue. Clients can spot them in front of the Moscow Cinema House and Hotel Yubileinaya. There are also street hookers along the road from Minsk airport to the city.

Locations of brothels in Minsk often keep changing because they are illegal in the city. Tourists, however, can find some adult venues if they asked from cab drivers.

The capital city also offers strip clubs, ideal for those who want to have a fun and wild night.

Prostitution, as well as pimping and brothel ownership, is illegal in Belarus, but it is present in regions outside the main cities and in some hotels. Under the criminal code of Article 181, sex and labor trafficking is prohibited in the country. The penalties include 3 to 15 years of imprisonment and forfeiture of the assets of the offenders. Such penalties are sufficiently strict and equal with penalties prescribed for other serious crimes like rape.

The authorities do not tolerate prostitution, so it is difficult to find prostitutes in the streets. Previous reports have suggested that the Minsk police has been successful in arresting people who have organized prostitution services in some elite clubs. The police say they encounter several criminal network groups who operate underground with the help of taxi drivers, and hotel and sauna personnel.

In the Soviet times, homosexuality can result in five years of imprisonment. It was in 1994 that the Government decriminalized same-sex partnership between consenting individuals. Some prejudice and homophobia, however, remain, and the state offers no support for gay groups or organizations. On top of that, the Russian Orthodox Church, which is very influential in Belarus, has a strict traditional view on homosexuality.

Members of the LGBT group may also face abuse and legal challenges that are not experienced by non-LGBT individuals. While same-sex sexual activity is legal in Belarus, a household headed by same-sex couples are not entitled to the benefits and legal protections available to couples of the opposite sex.

The country has a growing nightlife, with Minsk having a very vibrant scene. Local and tourists usually fill up the discos and bars that play Russian and Belarusian pop tunes. It is also possible to find clubs that offer casinos and billiards, as well as those that feature cabaret shows.

Other clubs and pubs worth visiting in the city include Cherdak Bar, Gosti Bar, Bar 13, and Gambrinus Pub. With all these options, tourists will have a fun and enjoyable time in any of the nightlife venues in Minsk.

The gay scene in the city operates around its cruising parks and forests, like the Czar Alexander Park. The country’s capital is a semi-safe haven for those who belong in the third sex. This is mostly possible through a network of private connections and rotating gay night at bars and clubs. Gay tourists can enjoy the city by doing their research in seeking inside information and being cautious with obvious displays of affection.

Some groups have also attempted to organize gay pride events in the city but were often unsuccessful due to protesters outnumbering the gay participants and permits being denied by the government in the first place. Gay groups and publications have a hard time gaining basic rights from the government and recognition from the media. Persistent activists in Minsk, however, help some gay websites and newsletters stay afloat.

The younger generations in the country are now offering a more tolerant and open view on homosexuality. Many Belarusians, however, retain a traditional attitude towards it. In fact, gay and lesbian travelers cannot really expect a similar relaxed attitude like what most people can expect in Western Europe. This is why same-sex couples need to avoid public displays of affection and are advised to reserve twin rooms instead of doubles.

While same-sex sexual activity was legalized in 1994, homosexuality remains highly taboo in Belarus. In fact, many Belarusians believe that it is a psychiatric illness. This is why members of LGBT community in the country tend to hide their sexual orientation. They do this to avoid abuse, violence, and harassment.

There is not much information about sex clubs for gays in Minsk. Gay saunas and bathhouses, however, do exist. Other than saunas, there are also cruising parks in Minsk where gays could meet and hang out with others. The nudist beach in the city is also another venue of gay congregation.

Minsk offers a few gay dance clubs where tourists can enjoy and meet others.

It is always advisable to connect with a local gay resident who knows the constantly shifting gay scene. Many English-speaking students in the country also serve as gay guides, taking visitors to gay hotspots and introducing them to others.

As homosexuality is not widely accepted in the country, it is difficult to find gay prostitutes in Minsk. Gay nightlife exists but is relatively discreet. Those who are seeking to meet gays, on the other hand, can visit sites like www.gayby.net and Britva.gay.ru. There are some bi-sexual guys on personal websites offering adult services. There are also many legitimate gay people in the city who want to date, make friends, or be guides.

One of our moderators will update the Minsk Adult City Guide and keep on improving the guide for visitors.