Anaiss (31) Buenos Aires
A stunning city in Argentina offers an equally stunning choice when it comes to looking for an escort. Buenos-Aires has much to offer and the Capital Federal area is a good starting place to meet up with Buenos-Aires acompanhantes, while clubs like Hummer and Vier 4 are two of the most popular places at night. Another good place to meet an escort in Buenos-Aires is ‘Black’, a strip bar Recoleta, or you could also try finding an escort at Cocodrilo in Palermo. One of the most fascinating places in Buenos-Aires is the Cementario de la Recoleta, a massive cemetery which has a feel of streets lined with plaques and memorials.
×
{{sspType}} V
City Guide V X 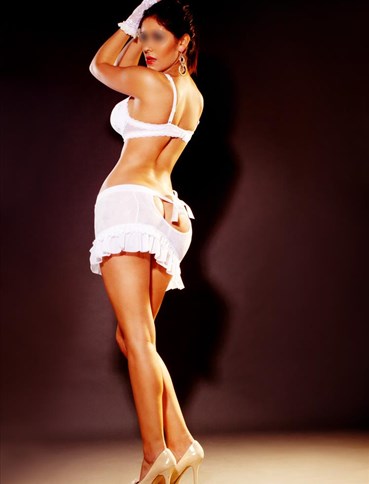 recoleta
+5491151167519
Independent girl, High class !
Mirela (34) PREMIUM
Female Independent Buenos Aires Escort
+5491131842156
If you are a visitor in the vibrant city of Buenos Aires, or about to come and want to enjoy of a pleasant intimate moment, escort-companion for short/long periods, business/pleasure trips, then lets meet! ; I enjoy of making experiences interesting,... 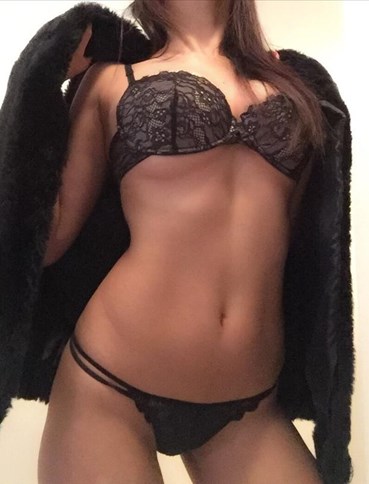 +5491131842156
If you are a visitor in the vibrant city of Buenos Aires, or about to come and want to enjoy of a pleasant intimate moment, escort-companion for short/long periods, business/pleasure trips, then lets meet! ; I enjoy of making experiences interesting,...
Julieta (29) PREMIUM
Female Independent Buenos Aires Escort
+12011111111
Naturally pretty , an sweet body and a sparkling personality. At 5'5" I am an petite girl with a big heart who loves to build up a chemistry with you through my flirtatious nature; something that ultimate leads to some wild experiences in the privacy... 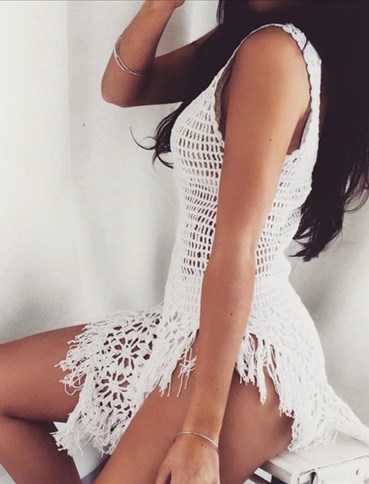 +12011111111
Naturally pretty , an sweet body and a sparkling personality. At 5'5" I am an petite girl with a big heart who loves to build up a chemistry with you through my flirtatious nature; something that ultimate leads to some wild experiences in the privacy...
Bella, Charming Companion, Bilingual Speaker. (31) PREMIUM
Female Independent Buenos Aires Escort
I am an Argentine-Spanish student living in Buenos Aires (my family is Spanish), chic, young, discreet, ladylike, fresh, classy. I am GFE, eventually just to help me with my studies. I have a nice brunette hair, silky and white skin, beautiful d... 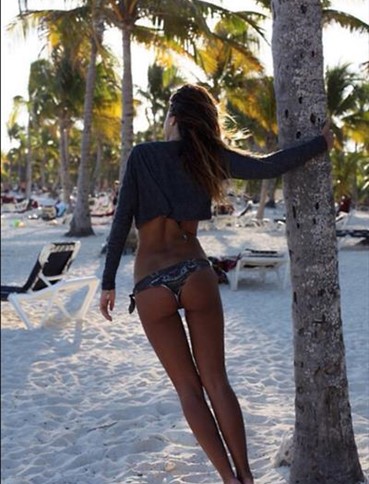 I am an Argentine-Spanish student living in Buenos Aires (my family is Spanish), chic, young, discreet, ladylike, fresh, classy. I am GFE, eventually just to help me with my studies. I have a nice brunette hair, silky and white skin, beautiful d...
Anaiss (31) PREMIUM
Female Independent Buenos Aires Escort
+5491149378993
I can be your best companion for one night stand, social feasts or to be your hot girlfriend after office hours. I am that girl with whom you can relax by putting your head on her lap and fondle her beautiful hair.I am educated,open-minded and enjoy ... 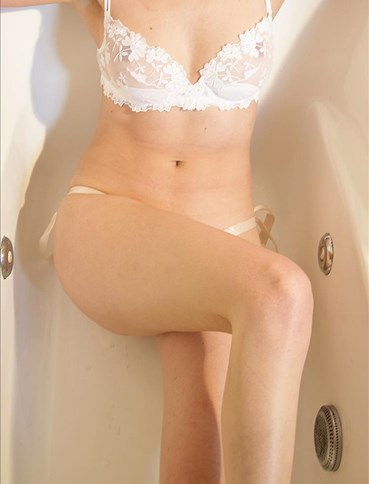 On the western shore of the Río de la Plata estuary on the Southeast coast of the continent lies the city of Buenos Aires, Argentina’s national capital. It covers a total of 203 square kilometres in land area with over 3,040,000 inhabitants.

Buenos Aires has a long history of being attacked by foreign invaders. It suffered the consequences of disorganized governing by the Spaniards, resulting to economic meltdowns. But the city rose and thrived, leading to developments economically drawing attention to immigrants.

Now, Buenos Aires serves as a major gateway to the country, as it embodies a diverse and rich cultural heritage, outshining other European capitals.

Buenos Aires’ unofficial red light district is in the neighbourhood of Palermo, Zona Roja (informal name) also known as Parque 3 de Febrero, Bosques de Palermo, or Palermo Woods. It is situated in the area surrounding the streets of Avenues Santa Fe , Juan B. Justo and streets Godoy Cruz and Cabrera. The city’s RLD is known for transsexual prostitution that transpires during nighttime.

The travestis or the transvestite prostitute community in Buenos Aires’ red light district Bosques de Palermo has its share of snags. From the government passing on a bill that prohibits prostitution within 200-meter distance from academic institutions, churches, and residences, leaving them with a few options, to institutions attempting to put a halt to the nightly adult activities going on in the parks by submitting a complaint to the court, the travesties shamelessly continue their nightly undertakings. This group refuses to stop as clients continue to flock into the area and acquire transsexual services.

To get to Bosques de Palermo (Parque 3 de Febrero or Palermo Woods), hop on a taxi cab on a Friday or a Saturday night and ask for “paseo por la Zona Roja”. The red light district can be found between Libertador and Figueroa Alcorta Avenues.

Buenos Aires is usually secure throughout day and nightfall so you do not have to fear about traveling in the city unaccompanied, although going in groups has its own advantages like encountering new faces who share matching interests as you. When exploring the venues offering adult services, avoid the ones that showcase “free sex” advertisements in their establishments for these are known to be tricky set-ups. You do now want to be caught in these so called traps which aim to steal money from unsuspecting individuals.

Daytime activities in the suburban of Palermo such as people going into their morning exercises and the like transforms into a completely different kind of business, that is transsexual prostitution during the night. Apart from the proliferating scene of transvestite prostitution mainly in the area of Palermo, there are strip clubs, brothels, swinger clubs, and adult cinemas surrounding the city of Buenos Aires.

Street prostitution (mostly transvestites) is rampant in the Zona Roja, or the Bosques de Palermo.

Prostitution is mostly legal in Argentina since the year 1875. Organized prostitution like operating brothels and soliciting prostitutes is illegal but ladies (given that these individuals have reached the age of 18) are allowed to sell sexual services in strip clubs as long as these acts should be done in a private location such as a hotel. However, owners of brothels are rarely sent to prison. They instead form alliances with the police officials to avoid heavy fines and jail time of up to 90 days while still making money out of this illegal scheme. There is also a law that bans prostitution in areas that are within a 200-meter distance from a school, church, or a residential building. The Argentine law bans display of scandalous behaviour by prostitutes which can potentially lead the offenders in jail.

The union of the same sexes was legalised in Argentina since 2010. Thus, same-sex couples have equal rights and benefits as the opposite-sex couples. Gay and lesbians are also not barred from extending military services to the country if they wish to. Sexual discrimination is banned in the military forces of Argentina.

In 2012, the “Gender Identity Law” was granted, allowing sex reassignment operations as well as hormone therapies to be part of the health care plans. This also lead to the change of birth name, gender on documents and registries without having to seek the approval of a physician or of the higher court.

Argentina also lifted the ban on gay individuals who want to donate blood.

Buenos Aires is notorious for its nightlife scene as evidenced by an influx of tourists coveting the experience of the 24-hour partying in the said city. The Porteños, (as what the people of Buenos Aires are called) live quite differently from the rest of the cities, as it is common for them to eat dinner late at night, usually after watching a theater production on Avenida Corrientes, and go to party houses or bars as late as 11 in the evening. For people who are accustomed to or who want to experience this kind of lifestyle, Buenos Aires is the place to go.

This city is among the Latin America’s gay capitals way before the legalisation of same-sex union was approved in Argentina. As such, this place is known to be a prime destination for the LGBT.

Buenos Aires proves to be one of the progressive and liberated cities around the globe for its anti-discrimination acts intended to protect the rights of the LGBT. People in this city are generally very accepting of gay and lesbians.

The gay-friendly city hosts an annual Gay Pride Parade. There are tons of gay-friendly venues found in Buenos Aires. These establishments do not just attract the gay individuals as they also gather a mixed crowd. Gay neighbourhoods can be found in Recoleta, Palermo, and San Telmo.

That one place that is well-known to be a prime gay cruising area is one of the Palermo parks called the “Plaza Ecuador”.

Recognized as the main spot for the transvestite prostitute community, the Zona Roja (Bosques de Palermo) attracts clients of different ages who wish to avail the services of transsexual prostitutes.

One of our moderators will update the Buenos Aires Adult City Guide and keep on improving the guide for visitors.